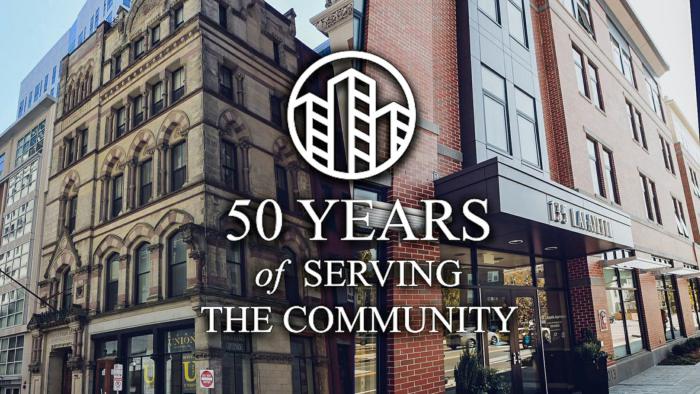 BOSTON -- The Planning Office for Urban Affairs marked its 50th anniversary in 2020, a time when the economic toll of the coronavirus pandemic made clear the vital need for safe, stable, affordable housing.

Cardinal Richard Cushing and Msgr. Michael Groden created the Planning Office for Urban Affairs (POUA) in 1969. Though it is affiliated with the Archdiocese of Boston and considered one of its social service agencies, it functions as a separate 501(c)(3) nonprofit. It was founded upon the idea that housing is a matter of social justice.

"Our mission is to develop high-quality housing where people can live with dignity and respect. The core of that mission is our belief that housing is a human right, and we have a moral obligation to ensure that everyone has a roof over their head," POUA president William H. Grogan said in a Feb. 8 interview.

In its 50-year history, the POUA has created nearly 3,000 units of affordable and mixed-income housing in about 30 residential developments, sheltering approximately 11,000 people. These locations are spread across 21 cities and towns in six different counties of Massachusetts. They include elderly, family, mixed income and special needs housing, as well as housing for those who are in danger of homelessness or transitioning into permanent housing.

The office's leaders participate in local and national advocacy efforts to address homelessness and increase affordable housing resources. They also form partnerships with other organizations, such as healthcare providers, to collaborate on developments and ensure that once a resident has obtained housing, they have access to any services they need.

Grogan, who has worked for the POUA since 2005 and became its president in 2019, said the need for stable housing has become even "more pronounced" during the pandemic, when people have been struggling financially due to loss of income and trying to prevent the spread of the coronavirus in communities.

"Safe and stable housing has always been important, but now more so than ever," he said.

Grogan called housing "the foundation of so many aspects of life," because without a place to live, it is difficult to address other basic needs, such as healthcare and childcare.

He said they can see "how important that stability is" when a formerly homeless person moves into a home, asking if they can really stay and live there.

One project of the POUA has been Harbor Place in Haverhill, which Grogan said has had "an incredible effect in revitalizing downtown Haverhill." This mixed-use, mixed-income development created not only housing opportunities but also a public park, a boardwalk, and space for UMass Lowell to open a satellite campus.

In 2017, in partnership with the Eva Center and Casa Myrna Vazquez, the POUA established Safe Haven, Boston's first safe house for victims of human trafficking. They are now exploring the possibility of converting a building on the South Shore into a residential model for trafficking survivors.

"It's something that we see as a real high-mission, high-impact development, and really trying to help women, provide them with the skills that they need, (such as) financial literacy, to help get them into a stable environment and then transition into permanent housing," Grogan said.

Another widely recognized project has been Rollins Square in the South End of Boston, which consists of 183 units of mixed-income housing. The residents include formerly homeless people, moderate income homebuyers and market rate homebuyers. Grogan said this economic diversity "demonstrates our goal and focus to create integrated communities where people can live together."

"It really set a new standard for affordable housing and has become a model mixed income development in Boston," he said.

The POUA had originally planned to celebrate its 50th anniversary in June 2020. However, they had to put off holding an in-person event due to the coronavirus pandemic.

In the meantime, they made a video highlighting their accomplishments, featuring interviews with their staff as well as residents of their developments.

The video includes an appearance from Cardinal Seán P. O'Malley, who shared his "prayerful congratulations" to the POUA "for their half-century of commitment to the mission of providing housing for those in need." He said he looks forward "to their continuing to bring the people we serve a place they can call home."

Grogan said they still hope to have an in-person celebration when possible.

"Until then, we're just trying to continue to seek ways to highlight the work of our office that we've done for the last 50 years as well as to bring attention to the work that still needs to be done," he said.