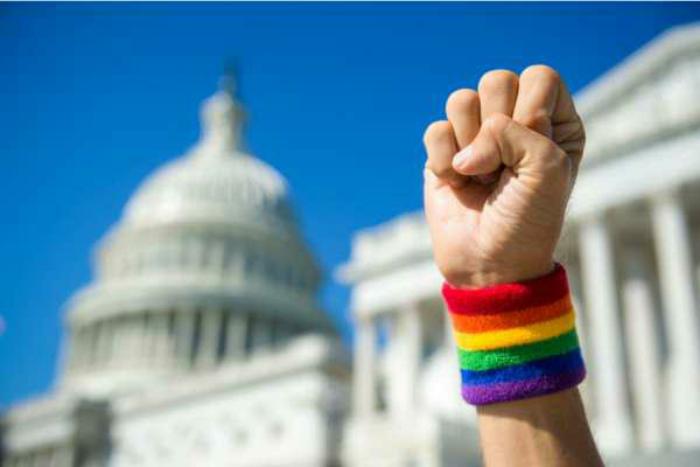 Washington D.C., Feb 19, 2021 CNA.- The U.S. bishops’ conference (USCCB) has come out in opposition to the Equality Act, which was introduced in the U.S. House on Thursday.

The bill, introduced by Rep. David Cicilline (D-R.I.), would recognize sexual orientation and gender identity as protected legal classes in a variety of areas including housing, education, and public spaces. Critics have warned that it would erode religious freedom and enshrine the redefinition of marriage and gender ideology in law, requiring people and groups to confirm to LGBT “equality” and transgender ideology regardless of their religious beliefs.

“Instead of respecting differences in beliefs about marriage and sexuality, the Equality Act would discriminate against people of faith,” the USCCB has warned in a voter guide.

The bill, the conference and other critics warn, would uphold transgender ideology by requiring “girls and women to compete against boys and men for limited opportunities in sports, and to share locker rooms and shower spaces with biological males who identify as women.”

The bill could also force doctors to perform gender-transition surgeries, the conference says. Pro-life groups have also said that the act could expand abortions by considering refusal to perform abortions unlawful “pregnancy discrimination.”

Groups opposed to the redefinition of marriage would be “punished” under the law, the USCCB said.

Ryan Anderson, president of the Ethics and Public Policy Center, agreed that the bill would “persecute those who do not embrace new sexual and gender ideologies.” Religious schools and charities could “face federal sanction for operating according to basic biology and mainstream Biblical teaching on sex and marriage,” he said.

President Joe Biden praised the Equality Act, urged Congress to quickly pass it, and said it would provide “long overdue federal civil rights protections,” as well as “codifying the courage and resilience of the LGBTQ+ movement into enduring law.”

Biden, who in 2016 officiated a same-sex wedding, also touted his Jan. 20 executive order on “Preventing and Combating Discrimination on the Basis of Gender Identity or Sexual orientation.” The order stated his administration’s policy of recognizing federal civil rights protections for sexual orientation and gender identity.

The legislation, which passed the House in 2019, is a policy priority of pro-LGBT groups such as the Human Rights Campaign. Biden has promised to sign it in his first 100 days in office.

Anderson said the bill privileges “men who identify as women” over the safety of women.

“If this bill becomes law," Anderson said,men who identify as transgender women would "have a civil right to spend the night in a battered women’s shelter, disrobe in a women’s locker room, and compete on a women’s sports team—even children at K-12 public schools."

He claimed that should the bill become law, “Pope Francis would be treated as the legal equivalent of a Jim Crow segregationalist” due to his opposition to transgender ideology and the redefinition of marriage.

“And no one—not even the act’s sponsors—can tell us what would be required under the act to avoid committing ‘discrimination’ in the case of ‘non-binary’ gender identities,” said Anderson.

A person who identifies as being “non-binary” does not align themselves as either male or female.

Erika Bachiochi, a pro-life legal scholar and a fellow at the EPPC, said that the Equality Act could promote abortion as a right and “further incentivize employers to prefer abortion for their pregnant employees over far more costly accommodations for parenting.”

“The Equality Act may be good for the bottom line, but it would be devastating for women and their families,” she said.