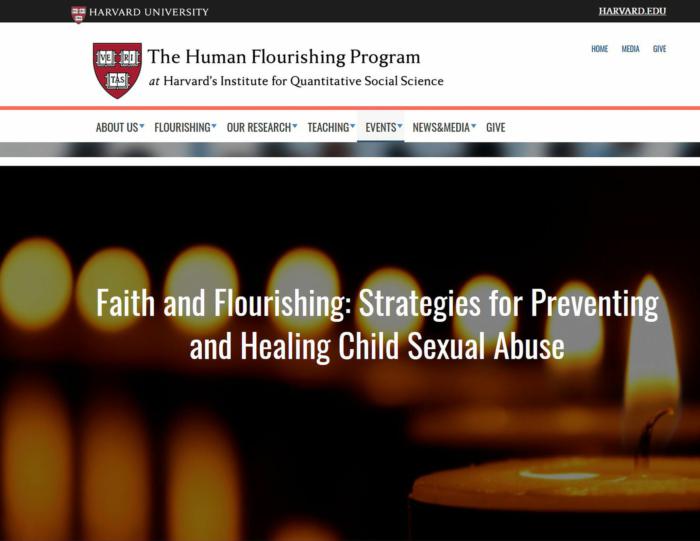 Rome (CNA) -- Cardinal Seán O'Malley urged religious leaders to be vigilant in preventing child sexual abuse and supporting survivors in healing at a virtual conference organized by Harvard University in partnership with the Vatican and other religious groups this week.

"We all have a moral and legal obligation to as best possible provide protection and care for the people we serve, especially minors, young people, vulnerable adults in all religious, civic, and social groups, and the people we serve rightfully expect that protection," the archbishop of Boston said April 8 at the opening of the three-day symposium.

"We must be vigilant in supporting survivors and their loved ones in the journey toward healing," he said.

Among the goals of the conference is the establishment of April 8 as the annual World Day for Child Sexual Abuse Prevention, Healing, and Justice.

"The participants in this symposium, notably those from Harvard University and the Catholic University of America, are professionals committed to correct the injustices of the past, as well as established advocates for the safeguarding of minors and vulnerable adults," O'Malley said.

"Many work tirelessly to promote transparency, accountability, and zero tolerance in the Catholic Church and civil society, applying what we have learned from the tragic instances of the past to formulate a clear path for prevention and creating safe environments for our minors and vulnerable adults."

O'Malley leads Pope Francis' Pontifical Commission for the Protection of Minors, which co-sponsored the symposium, along with the Pontifical Gregorian University's Centre for Child Protection, SNAP, Islamic Relief USA, the New York Board of Rabbis, the World Council of Churches, and a dozen other organizations.

In his opening remarks, O'Malley said that the "betrayal of sexual abuse" is a "terrible and devastating violation of human dignity."

"I want to acknowledge and thank all of the victim survivors who continue to come forward to share their stories," he said.

"It is because of your courage that protection of children, youth, and vulnerable adults and victim assistance programs are becoming central components in all facets of our lives, but -- as the program for this symposium makes clear -- there is much work still to be done."

O'Malley's speech was followed by remarks from Queen Silvia of Sweden and 2018 Nobel Peace Prize winner Dr. Denis Mukwege, who also shared messages on the opening day of the virtual forum.

Cardinal Blase Cupich, the archbishop of Chicago, spoke on the second day of the symposium on the role of faith leaders in abuse prevention and healing.

He shared a personal story of a time when he met with a survivor of child sexual abuse when he was a bishop of a "mostly rural, small diocese" nearly 20 years ago.

"That survivor's courage forced me to be an adult in a way that I had never experienced," he said.

He went on to discuss the Archdiocese of Chicago's ministry to assist abuse victims in healing, established by the late Cardinal Joseph Bernardin, and the archdiocesan safe environment training office.

"Like Cardinal Bernardin and me, Pope Francis is motivated to take up the work of making major reforms in large part by his meetings with survivors who bravely share their stories and deep pain," Cupich said.

"By his own admission, he has learned a great deal from those encounters. He has been decisive in removing cardinals and bishops -- laicizing some -- for misconduct and removing bishops for their mishandlings of cases."

"Pope Francis wants all the Church's leaders to not only have a full understanding of the devastating impact clerical sexual abuse has on survivors but also to accept ownership at a national, regional, diocesan, and parish level for effectively addressing this issue in a way that keeps all children safe."