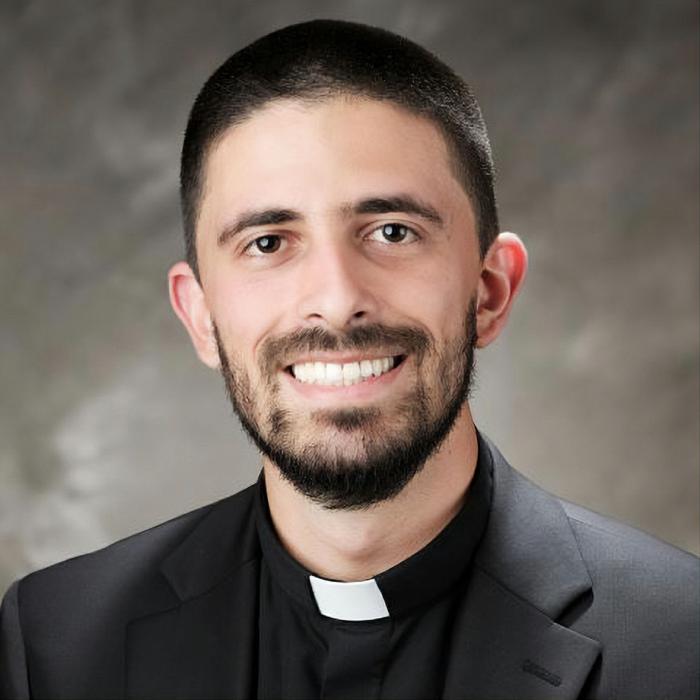 This is the fourth in a series of articles profiling the five men who will be ordained to the priesthood for the Archdiocese of Boston at the Cathedral of the Holy Cross on May 22.

CHESTNUT HILL -- If one thing led Deacon Leonardo Moreira to accept the call to the priesthood, it was gratitude.

He was born in Belo Horizonte, in the Brazilian state of Minas Gerais. When he was eight, his family moved to Brasilia, where his parents became involved with the Neocatechumenal Way.

In a March 8 interview, Deacon Moreira recalled that, even though he grew up in a Catholic environment, he was "very alienated" when he was young, focusing mostly on video games. But that changed when he was 16, when his father died after contracting the swine flu.

"That, for me, was a very difficult moment, because I was very close to him. Then, I was shaken because I didn't have an answer to this," he said.

Eventually, Deacon Moreira came to see his father's death as "a wakeup call" from God.

"God used the event, he permitted it, to show me a better life, because I was so focused on these little things," he said.

The Church sustained his family during that difficult time. Members of their parish would come to check on them, and Deacon Moreira started to rebuild relationships with his family members.

"I was grateful to God for not being disinterested, that God had an interest in my life, that God wanted to bring me to a better life, something more than what my little plans were," he said.

In 2011, Deacon Moreira attended World Youth Day in Madrid, Spain. During that trip, he said he experienced "this deep desire to go evangelize that I knew did not come from me."

"God put this inside of me, a deep desire to go and evangelize," he said.

On a retreat held by the Neocatechumenal Way, he was asked if he would be willing to go to a seminary in Boston.

"That's what brought me here, essentially out of gratitude for what God was doing, because I saw that he was trying to give me a better life," Deacon Moreira said.

By that point, he had completed three out of five years of college, studying electrical engineering. He said some people in his life tried to discourage him, not from the priesthood itself, but from pursuing it so soon, instead of waiting until he was older.

"God had given me that call at a specific moment in my life. It was not by chance. And I thought that I needed to act on it, not wait," he explained.

When asked about saints and spirituality, he said he was influenced by St. Therese of Lisieux's "spiritual simplicity," as well as Father Jean-Pierre de Caussade's book "Abandonment to Divine Providence." That work helped him to see that "God is active in our lives, and is trying to show us his love for us," and taught him about "being open to the will of God in your daily life, how God acts in every event."

"God's behind everything. All our life is essentially a dialogue with God. That was something that helped me a lot," Deacon Moreira said.

He spent his diaconate year assigned to St. Mary of the Assumption Parish in Lawrence. He said he has seen a great need to help the youth, who have had to learn remotely and been isolated from their friends during the coronavirus pandemic.

Deacon Moreira said that as a priest he looks forward to being able to help people through the uncertainties and difficulties of the pandemic and beyond.

"It's a new time for all of us. And people need to see an answer of faith, that Christianity is not something of the past, for 2,000 years ago, but that God has an answer in this day and age for people, and to try to help them to encounter God today in this new situation of the pandemic and also forward after that," he said.