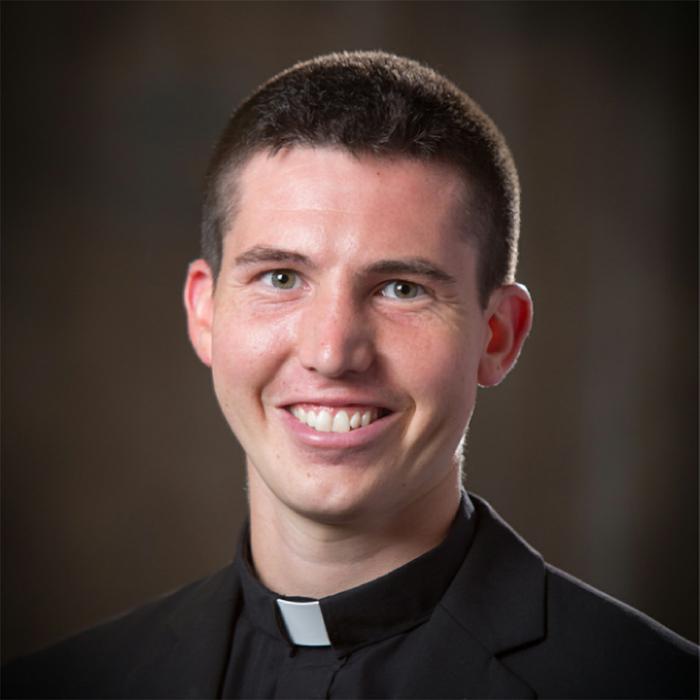 This is the final installment of the series of articles profiling the five men who will be ordained to the priesthood for the Archdiocese of Boston at the Cathedral of the Holy Cross on May 22.

BRIGHTON -- "If not me, then who?" That was the question that motivated Deacon David Campo in his discernment of the priesthood, and specifically to military chaplaincy.

Growing up in a Catholic family in the Milton/Quincy area, he and his two younger brothers attended St. Agatha School and Boston College High School. Their parents' work ethic shaped their approach to school, Boy Scouts, community service, sports, and work.

After grade school, Deacon Campo attended Boston College, unsure of his major but knowing he wanted to be a teacher at some point. He studied economics, and while he enjoyed that, he felt that there was "something missing" from his life.

It was during college that Deacon Campo began to practice his faith more, becoming involved with Catholic groups on campus. On one occasion, he overheard some of his peers talking about the benefits of spending time in prayer.

"As an econ major, I thought, 'Well, that seems efficient.' Like if you give God a little bit of time, he'll take care of the rest," he said.

"It was not a great approach to praying," he added, "but God works with the smallest things."

Deacon Campo began to attend daily Mass and eucharistic adoration as well as pray the rosary.

"There was a peace that came along with the joy, that not only was God there, which I knew beforehand, but that he very much loved me and that he had a plan for me, and I didn't have to worry about the future if I just put all that into his hands," Deacon Campo said.

At one point, he began to pray to St. Jude, the patron of hopeless causes. The first day he prayed for help, he received an answer from a parish priest in his hometown.

To his surprise and "great joy," his confessor asked him if he wanted to be a priest.

After that interaction, Deacon Campo began to consider this vocation more intentionally. He received spiritual direction, spent more time in prayer, and tried to grow in fraternity with his peers.

He also spent time with priests who showed him the joy of bringing the sacraments to people. They helped him realize that his vocation "wasn't something I had to grasp for. It was something that God was giving me."

"In college, you're being told by hundreds of different people, 'Here's what you should do in life, this is where you should go, this is how you should be.' And I realized I didn't have to forge in all these different occupations, I just had to rest and abide in the vocation God gave me," Deacon Campo said.

He said he thinks part of his calling had to do with the courage that God wanted him to have.

"I'm a habitual second-guesser, so I think God helped me with that. It was the first time I stopped second-guessing, when I answered that call," he said.

The same thing happened when Deacon Campo began to discern a call to military chaplaincy. Many of his relatives had served in the military, and around the time he began discerning the priesthood, his youngest brother, Stephen, was in the process of entering the U.S. Naval Academy.

While visiting Stephen at Annapolis, their family attended Sunday Mass with many of the midshipmen and their families. There, Deacon Campo had "a very strong sense that God wanted me to be a father for them."

He also heard from Stephen about some midshipmen that had graduated a few years earlier and died in service. Both brothers were driven by the question: "If not me, then who?"

"You can't just expect other people to perhaps answer that call from Christ, and Christ is calling me to labor in the vineyard," Deacon Campo said.

He attended St. John's Seminary, and was assigned to St. Thomas Aquinas Parish in Bridgewater for his diaconate year.

One of his favorite parts of his diaconate assignment has been assisting in campus ministry at Bridgewater State University. He said he thinks it is "important to see them as a sign, a great hope of the Church."

"When they could be going all sorts of directions in their life, I have the privilege of being able to witness (the students) turning to the Lord to ask for his help, his hand in everything in their lives. When they themselves don't have even their majors completed, they're letting Christ be their major for the rest of their life, and to see that process of them either having a conversion or growing deeper in the faith is a joy for me, because that happened in a way for me myself," he said.