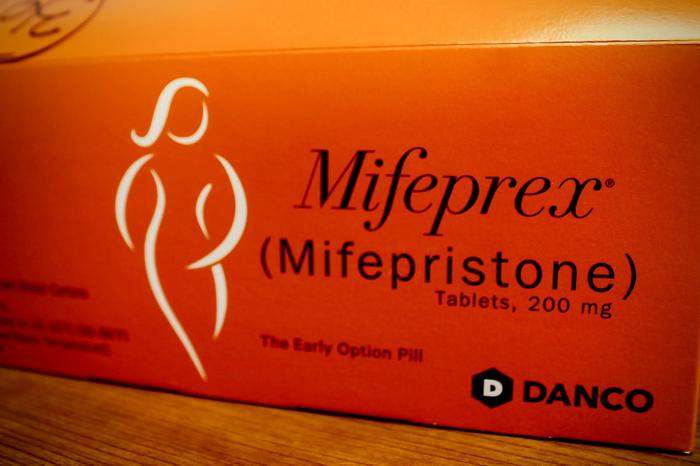 BRAINTREE -- Massachusetts is now one of several states where pregnant women can receive telemedicine services from an abortion provider and obtain pills for a medication abortion through the mail, rather than in a clinic -- a method that pro-life physicians and activists say can result in more trauma and complications than a surgical abortion.

During the coronavirus pandemic, there was a push for the use of telemedicine by abortion providers and access to pills for medication abortion, which some states require must be administered by a clinician. In January, Massachusetts joined a national study to review the validity of this regulation. Pregnant women at fewer than 11 weeks gestation can have the medication mailed to them after receiving telemedicine or "telabortion" services from an abortion provider participating in the study -- in the case of Massachusetts, Maine Family Planning.

Patricia Stewart, executive director of Massachusetts Citizens for Life (MCFL), criticized the way abortion advocates and some media outlets imply that there is a great need for better access to abortion in Massachusetts. Citing figures from Guttmacher Institute, a pro-choice research organization, she said the median distance that a woman in Massachusetts must travel to obtain an abortion is less than 10 miles.

"People are buying into it without really understanding the consequences of these choices. And it's being framed in a way that seems compassionate, but in fact is very dangerous and detrimental to women's health," Stewart said in a May 6 interview.

A medication abortion involves taking two pills. The first pill, mifepristone, blocks progesterone receptors in the womb, preventing it from nourishing the implanted embryo. The second pill, misoprostol, is taken 24-72 hours later to induce labor and expel the fetus. Usually, the patient takes the first pill at an abortion clinic and the second at home.

Medication abortions cost less and are considered more private and convenient than surgical abortions. The use of telemedicine and the ability to mail the pills then takes away the necessity of traveling to a clinic. But pro-life advocates fear that this leaves women vulnerable and unsupported during a potentially dangerous and traumatic experience.

Dr. Kerry Pound, a pediatrician and the vice-president of MCFL, said she can understand why women would opt for this method.

"It sounds, on paper, a desirable solution to an undesirable situation," she said.

But, she said, there can be complications that a woman has to endure alone or may even require a trip to the emergency room. The contractions can last for days or weeks, and bleeding can continue to the point of hemorrhaging. A woman experiencing complications may require a blood transfusion or a dilation and curettage (DandC) procedure to stop the bleeding.

"It's not a benign procedure," Pound said.

Stewart explained that medication abortions have a higher complication rate than surgical abortions, because medication abortions take place without a healthcare provider's supervision. Employing telemedicine and mailing the pills removes the process even further from the setting of a clinic and the guidance of a physician.

"That sense of isolation that she may already be experiencing in trying to conceal her pregnancy is cutting her off from potential services and care that she may need, if she has the medical abortion and complications develop. It just furthers her isolation when she doesn't have a personal connection to a physician or anybody else to give her assistance," Stewart said.

Pound spoke similarly, pointing out that if women opt for a medication abortion because of concerns about privacy, "they're probably not telling many people near them that this is going on, so they're alone, possibly attempting to continue activities."

The other traumatic aspect of a medication abortion, Pound said, is that the woman can see the fetus herself. This method can be used up to 11 weeks gestation, by which time the fetus is recognizable as a baby, with limbs and a beating heart. Pound said that some post-abortive women have written about their experience of seeing their expelled baby, possibly still alive.

"It's really, I think, smacking a woman in the face, and then pretending as if it's no big deal when they go through labor essentially by themselves, possibly have significant medical complications, and then possibly come face to face with an expelled embryo. That's a lot," Pound said.

She said that to her it seems "so backward" because "it kind of feels like we're deserting (women) again."

"The reality with this becoming a telemedicine issue is it's really desertion of women in their most vulnerable time," she said.

As a physician, Pound said she likes to meet with her patients in person because that allows her and the patient to read each other's body language and take more time to have a conversation. She said she thinks the patient-doctor relationship thrives more in person.

"Our profession is so much about touch and feel, and it helps to gain trust and to connect with a patient on a deeper level," Pound said.

She spoke of the "hypocrisy" of people who say abortion is a decision made between a woman and her doctor, which she finds "far-fetched" because most primary care doctors do not prescribe abortion. Rather, women typically go to an abortion provider, such as Planned Parenthood, and the doctor is someone they do not know personally.

"It really is nothing to do with your doctor and yourself. It's an outside doctor who usually takes care of this. You don't know this person very well, and telemedicine just means you know them even less well," Pound said.

If a woman takes the first abortion pill, but then changes her mind about aborting, there is still a chance to stop the process before the fetus dies. They can contact a pro-life organization, such as Abortion Pill Rescue, a program of Heartbeat International, Inc.

Typically, Stewart said, a nurse will connect the caller with a healthcare provider in their area who can write a prescription for progesterone, which would counteract the effect of the mifepristone. Pound said that some doctors on mycatholicdoctor.com list abortion pill reversal as a service they offer.

Information about abortion pill reversal is available at abortionpillreversal.com.