SALEM -- Faith must be passed onto the next generation. So believes Roland Pinault, a longtime parishioner at St. Anne Parish.

“With the trying times we have been going through in the Church, you have to have faith,” he told The Pilot. “Otherwise, what are we leaving to our grandchildren?”

Pinault and his wife of 62 years, May Pinault, rely on “the divine plan of God” in their everyday life.

“I feel that everything I have ever received was a gift from God,” he said, adding “whatever I have done, I have received tenfold from God.”

“I have been very fortunate,” he said, noting that he has been given five children and 11 grandchildren, all of whom are “gifts of God.”

A parishioner at St. Anne’s for close to 60 years, Pinault has participated in almost every aspect of parish life, but perhaps closest to his heart is his involvement in the Holy Name Society.

Pinault first joined the Holy Name Society 60 years ago, shortly after returning from World War II, where he served in the United States Coast Guard in the North Atlantic. He was elected president of the Archdiocesan Union of Holy Name Societies in Boston during the 1960s, and continues to be involved in the parish’s chapter today.

Pinault sees the need “to encourage young men to be involved” in the Holy Name Society. “Basically I try to set the pace and be an example to younger men,” he said.

Pinault says he is beginning to see the fruits of his actions.

“We now have some younger men with young families,” he said. “We are very pleased with what is going on in our Society.”

In addition to his involvement in the Holy Name Society, Pinault has been the lector coordinator and has served on “everything but the finance committee.”

However, for reasons of health, the 83-year-old has had to cut back in recent years, limiting his involvement in many parish activities.

“Our parish is super,” he said emphatically. “We have a great parish, a great pastor and many, many great ministries here at St. Anne’s.”

“He is very faithful to his parishioners -- he visits the shut-in and those who are sick. He is very well liked,” Pinault added.

“I just think the world of him,” he declared.

“This is a tremendous parish and we are so happy to be a part of it,” Pinault said. 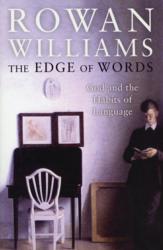