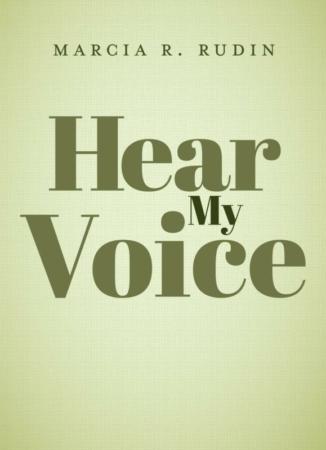 This is the cover of "Hear My Voice" by Marcia R. Rudin. The book is reviewed by Eugene Fisher. (CNS)

Marcia Rudin, who is Jewish, has long been involved in the dialogue in this country between Christians and Jews, and her knowledge of the Catholic and Protestant communities as well as her own Jewish tradition is quite deep. "Hear My Voice" is a well-written, readable novel.

Set in the key period of the 20th century between 1940 and 1990, the book traces the lives of three women born during World War II and the Holocaust.

Their lives follow and reflect the dramatic changes in American Catholicism, Judaism and Protestantism in that period, which includes the Second Vatican Council, the civil rights and peace movements, and the work of all three traditions to help Soviet Jewry find freedom in the United States and Israel.

The novel also narrates the efforts of women in all three traditions in that period to become more involved at all levels in their respective religious communities.

The three women are attending an award dinner to be honored for their accomplishments for their communities and society at large. Each reflects on her life and what brought her to being so honored. As they go to the dais to receive their awards, each makes a decision that will define the rest of her life.

One is a nun, and the story of her vocation and her time in the novitiate and the convent is quite accurate to the period. Her life active in trying to help people in need and dealing with civil rights, the peace movement and helping Soviet Jewry is filled with grace and courage. Gradually, with the perspective of Vatican II, she feels that she has a vocation to the priesthood.

The second main protagonist struggles to and succeeds in becoming one of the first women in Reform Judaism to become a rabbi, just as the third becomes one of the first female Presbyterian ministers.

All three, each in their own ways, break some of the glass ceilings in their respective traditions. In the process, their lives intertwine and they learn from and support each other on their parallel paths. It is the interwoven tapestry of their lives in their differing traditions that gives this novel such power and makes it a page turner.

Along the way readers will effortlessly learn the history of this historic period of ecumenical and interreligious breakthroughs in this country and the challenges that lie ahead in our own time.

Many real events and historical figures are included in the narrative. For Catholics, this book is a most helpful introduction to some of the central teachings of Vatican II.

Readers may not agree with all of the choices these remarkable women make in their lives, but they will begin to understand how Jews, Protestants and Catholics can dialogue with each other and learn to make our one world better not only for ourselves but for all humanity.