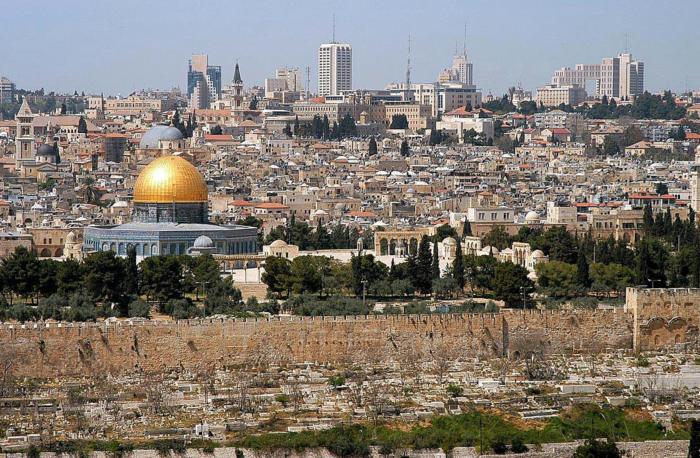 BRAINTREE -- Father Michael Nolan got the idea for Seven Miles From Jerusalem while returning home from a pilgrimage he had led in the Holy Land. The pilgrims were mostly retired people who, though they were already strong in their faith, said they learned a great deal from the trip.

"I thought, what would this do for young people at the beginning of their lives?" Father Nolan said in a Jan. 9 interview with The Pilot.

Father Nolan is the pastor of St. Mary Parish in Waltham and the founder of Seven Miles From Jerusalem, a nonprofit that offers pilgrimages for young adults to biblical sites in Jordan and Israel.

He had Jewish relatives who told him about trips they had taken through Birthright Israel Foundation, a nonprofit that sponsors trips for Jewish young adults to Israel. He thought a similar trip might help Catholic young adults "have an encounter (with Christ) and then direct the rest of their lives."

After thinking over the idea for a few years, Father Nolan organized his first Seven Miles From Jerusalem pilgrimage in 2017, with a party of 16 young adults. He brought 42 pilgrims on a second pilgrimage in 2019.

"More than just a bus-tour pilgrimage, the trip combines aspects of service, adventure, physical activity, and prayer. We enter into this land as more than just tourists, but as young Catholics actively pursuing Christ and living a life of joy," pilgrim Andrea Vuono said.

The name Seven Miles From Jerusalem comes from the account in Luke 24 of the two disciples who encountered the risen Christ while traveling to Emmaus. Father Nolan said he thinks those disciples experienced "what young people experience today."

"This is the experience of young people who are disappointed about their faith or downcast about it, and Jesus appearing to them, and then their hearts changing," Father Nolan said.

For pilgrim Matthew Thekaekara, the name "meant we don't realize where the Lord is in our lives sometimes, even when he could be walking right beside us."

"Chronologically tracing Christ's path and the roots of Christianity is transformative. It's incredible to reflect on how I followed that same very path," pilgrim Hugh Buxbaum said.

One pilgrim was a Protestant who, over the course of the trip, was considering the Catholic faith. At his request, he was baptized in the Jordan River and received his first Communion in the Cenacle, the site of the Last Supper.

Another aim of Seven Miles From Jerusalem is to provide economic support to Christians in the Holy Land by patronizing Christian companies and donating to Christian charities. In Bethlehem, the pilgrims visit and deliver donations to Creche Orphanage, which is run by the Sisters of Charity. They also visit Bethlehem University to meet local people their age.

The pilgrims celebrate Mass at many significant destinations, including the Church of the Nativity, Calvary, and the tomb of the Resurrection. They also hold periods of quiet reflection, making parts of the trip almost like a retreat.

"The visit to Emmaus on the last day was really special. It was a big encouragement that although we were leaving the Holy Land, we were not leaving behind our encounter with God, and a great reminder to share what we experienced," pilgrim Riley Bannon said.

Father Nolan said his goal for the trip is "that they have an encounter with (Christ), they discover he's real, not just a bunch of stories or morality teaching."

"When they discover he's real, they actually have to make a decision: I either follow him or I don't. That has a much more profound impact," Father Nolan said.

He hopes to stay in touch with participants after the pilgrimage to see how it impacts their faith in the long term. So far, one pilgrim has begun discerning consecrated life, and another has entered the novitiate for a religious order. One seminarian who went on the trip has since been ordained to the priesthood. Another pilgrim who began the trip as an atheist has begun RCIA and will be received into the Catholic Church this Easter.

Many pilgrims reported being strengthened in their faith in various ways, such as developing a deeper appreciation of scripture and the Eucharist.

"By emphasizing the humanity of Christ in where he was born, grew up, and taught, the pilgrimage helped shift Christianity from a set of morals to a relationship with a living God," Vuono said.

Father Nolan's next pilgrimage to Jordan and Israel is scheduled for May 16-31, 2020. It is open to both practicing and non-practicing Catholics, as well as non-Catholics, ages 18-26. The trip costs $3,500 for each person. Pilgrims pay whatever they can reasonably afford, and donations make up the rest.

Father Nolan said he is also hoping to organize a pilgrimage to Israel and Italy in January 2021, when college students would be on break between semesters.

Questions about Seven Miles From Jerusalem can be sent to Father Nolan at ml.nolan@hotmail.com. The registration form for the May 2020 pilgrimage can be found at forms.gle/XLJ8VQLiZw5UGj756.