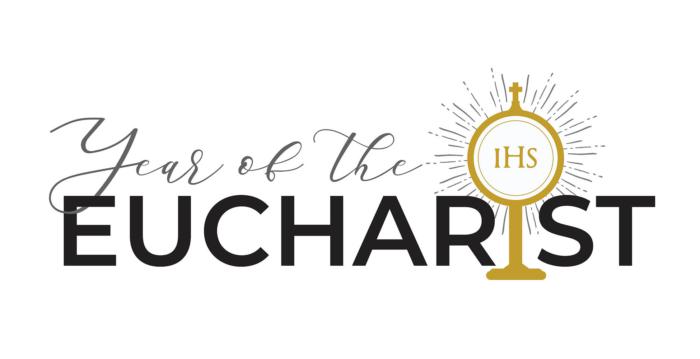 Year of the Eucharist kicks off with Corpus Christi feast

BRAINTREE -- As parishes reopen their churches for public Masses, plans are also underway for the start of the archdiocesan Year of the Eucharist, which is set to begin on June 14, the feast of Corpus Christi.

Cardinal Seán P. O'Malley announced the upcoming yearlong celebration in December 2019. He conceived the idea for Year of the Eucharist after a study by Pew Research Center found that only 31 percent of self-identifying Catholics said they believe that Christ is truly present in the bread and wine consecrated at Mass, and half thought the Church teaches that the bread and wine are only symbols.

The Year of the Eucharist is meant to be an opportunity for the faithful to celebrate, learn about, and grow stronger in relationship with the Eucharist. Originally intended to begin on Holy Thursday, April 9, it was postponed in light of state restrictions on public gatherings during the COVID-19 pandemic.

These restrictions also prompted the suspension of public Masses in the archdiocese beginning March 14. Masses were allowed to resume on the weekend of May 23-24, though some parishes have chosen to wait and reopen their churches at later dates.

"It's kind of providential that it's the feast of Corpus Christi and we've all been denied the body and blood of Christ for the past few months. But how cool that things are starting to open back up just in time?" said Liz Cotrupi, a member of one of the teams helping to plan the Year of the Eucharist, May 29.

The Secretariat for Evangelization and Discipleship sent a letter to parishes on May 29 to remind them of the beginning of the Year of the Eucharist and offer suggestions for how their parish can observe it. Parishes are being encouraged, as far as they are able, to hold more Eucharist-related activities, such as adoration or witness talks.

"The idea of celebrating this special year in just a few weeks may seem daunting as we begin to reopen our parishes, but it can be a great opportunity to celebrate our physical reunion with the Body and Blood of Christ!" the letter to parishes said.

Cotrupi said the Year of the Eucharist is "really a parish-driven initiative," though the archdiocese will offer support and try to organize some archdiocese-wide events.

"We definitely want the parishes to take the lead on this," she said.

Cotrupi said they wanted the opportunity to become a missionary of the Eucharist to be open to people who do not live in the archdiocese or do not have a coordinator in their community.

"(Even if) these other places don't have coordinators, we didn't want to stop people from being a Eucharistic missionary," she said.

There will be a virtual commissioning ceremony for Year of the Eucharist missionaries on June 11 at 7 p.m. with Cardinal O'Malley. Each missionary will receive a blessed pin and prayer card to begin their journey.