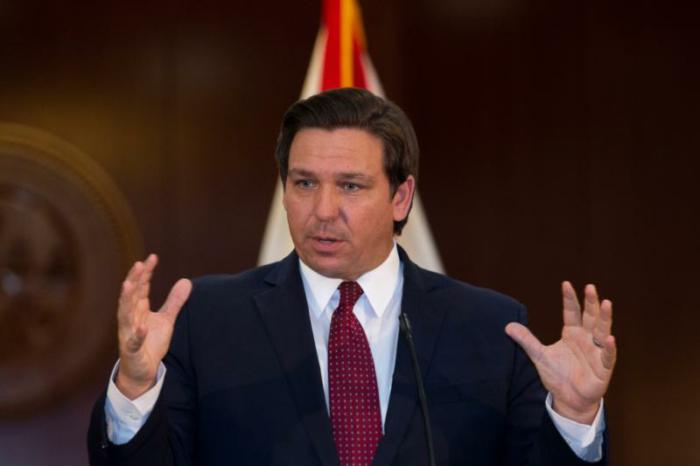 ORLANDO, Fla. (CNS) -- Pro-life advocates in Florida applauded Gov. Ron DeSantis when he signed a bill June 30 that requires parental consent before a minor has an abortion.

In a statement following the signing of the bill, the Florida Conference of Catholic Bishops thanked Florida's governor for signing S.B. 404.

"This commonsense measure simply holds abortion to the same consent requirements as most every other medical decision involving a child, including simple interventions such as taking an aspirin or getting ears pierced," the statement added. The bill was passed by Florida's Legislature Feb. 20.

According to News Service of Florida, the governor did not make a public statement about the bill signing, but legislative supporters praised the measure and said parents need to be involved when their underage daughters consider having abortions. Opponents contend the parental-consent requirement will endanger teens who could be subject to retribution or abuse if their parents find out they are pregnant or considering an abortion.

In a prepared statement June 30, Senate President Bill Galvano, a Republican, who supported the bill, said for "those who are in a situation of abuse or where parental consent is not in the child's best interest, the bill provides a judicial waiver process that still involves the intervention of an adult."

The bill comes more than three decades after the Florida Supreme Court in 1989 struck down a similar parental consent law, finding that it violated a right to privacy in the state Constitution. While critics argue this version also is unconstitutional, backers have expressed confidence that it will be upheld if challenged.

The Florida Conference of Catholic Bishops offered thanks to the "legislative leaders who advanced this pro-life legislation," and commended "Democratic lawmakers who courageously crossed party lines and voted in support of this good bill."

The Florida bill's signing comes a day after the U.S. Supreme struck down Louisiana's 2014 Unsafe Abortion Protection Act as unconstitutional.

"As Catholics, we condemn abortion as a grave injustice that denies the fundamental human right to life," read the statement from the state Catholic conference. "However, as long as abortion is legal, we support measures such as parental consent that will reduce the grave harm it inflicts."

It added, "While deeply disappointed in the U.S. Supreme Court's decision yesterday (June 29) regarding an abortion case out of Louisiana, we are pleased that Florida has taken a step forward today in ensuring vital protections for parents and their children."

Across the country in Iowa, the Catholic bishops praised the Legislature for passing a measure to require a 24-hour waiting period before an abortion bill recently passed by the Iowa Legislature. It awaits Gov. Kim Reynolds' signature.

In the meantime, Planned Parenthood and the ACLU of Iowa have filed a lawsuit in Johnson County, Iowa, to stop the bill.

Said the state Catholic conference: "The bill is unquestionably constitutional at the federal level. If the issue gets to the Iowa Supreme Court, perhaps it would revisit its 2018 decision finding a fundamental right to an abortion."

In Tennessee, Gov. Bill Lee announced June 19 he would sign that state's will sign the "heartbeat bill" into law. It prohibits abortions once a fetal heartbeat is detected, which is usually around the sixth week of pregnancy. The legislation, passed by the state Senate and House June 19.

Planned Parenthood and the ACLU have likewise filed suit to temporarily halt this bill but a federal judge said June 25 he would wait to rule on the abortion providers' request until Lee has signed the measure.

Gonzalez is on the staff of the Florida Catholic, newspaper of the Archdiocese of Miami and the dioceses of Orlando, Palm Beach and Venice.