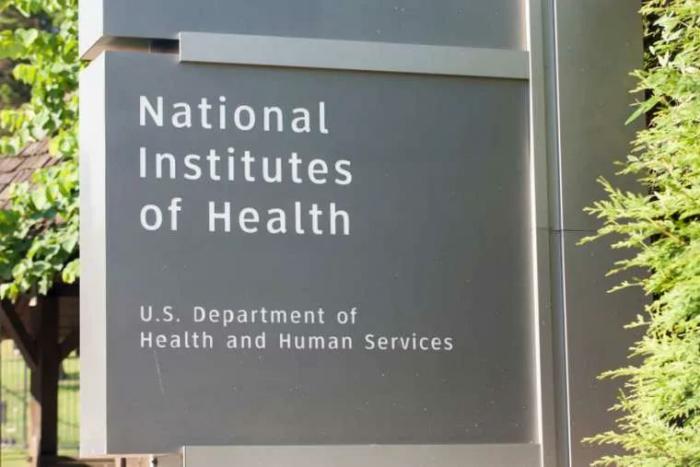 Sign outside National Institute of Health, Department for Health and human Services, Washington DC. Via Shutterstock

A Catholic bioethicist has repeated his objection to the Biden administration's decision that the National Institutes of Health no longer needs an ethics board's approval before awarding funding to researchers who will use fetal tissue obtained from elective abortions.

"The current administration offers the pretense of acting ethically when they stress that the requirement for obtaining consent still stands, meaningless as it is, even as they adroitly eliminate any substantive ethical review by outside entities," Father Tadeusz Pacholczyk, director of education at the National Catholic Bioethics Center, told CNA.

The National Institute of Allergy and Infectious Diseases announced May 5 the elimination of the requirement for approval by an ethics advisory board for research proposing use of human fetal tissue from abortion.

The announcement is an official notice to researchers who are looking for grants in the area of human fetal tissue projects.

"Even when the mother of an aborted child signs the dotted line granting permission to utilize fetal cells and organs, that consent is necessarily void," Fr. Pacholczyk told CNA. "The mother has disqualified herself from being able to give valid informed consent because she has already renounced her child's best interests by arranging to end her baby's life through abortion."

The announcement highlights an April 16 reversal of the Trump administration's requirement that an ethics advisory board must review and approve all research grant applications and contract proposals that include the use of fetal tissue used from abortion in order to get funding from the NIH.

"Effective immediately, HHS no longer requires review and approval by an ethics advisory board for research proposing use of human fetal tissue," the announcement said. "Accordingly, HHS will no longer convene the NIH Human Fetal Tissue Research Ethics Advisory Board."

Fr Pacholczyk told CNA: "This pro-abortion administration is operating in a very troubling moral vacuum, eager to bypass even the most basic ethical standards that should govern taxpayer-funded biomedical research. The foxes are seeking complete control of the henhouse."

The priest, a former member of the fetal tissue advisory board, recently told the National Catholic Register that "The decision to reinstate NIH support for research involving fetal tissue from abortions reveals a kind of moral vacuum in the world of scientific research."

Fr. Pacholczyk lauded the ethics board's previous work in his interview with the Register: "The board acted with moral clarity and ethical resolve as it carried out its mandate."

"Very regrettably, the current administration is jettisoning serious ethical review to safeguard abortion and to assure the continued exploitation of vulnerable unborn Americans. Outside ethical review is essential," he said.

The board had voted to withhold federal funding from 13 fetal tissue research proposals, and permitted funding for one.

In Dignitas personae, its 2008 instruction on certain bioethical questions, the Congregation for the Doctrine of the Faith said that researchers have a duty to refuse to use biological material of illicit origin, a duty which "springs from the necessity to remove oneself, within the area of one's own research, from a gravely unjust legal situation and to affirm with clarity the value of human life."