BRAINTREE -- After many months of planning and preparation, the “ARISE: Together in Christ” program held its first official sign-ups for parishioners to register to become involved in the program’s key component -- small faith-sharing groups. The sign-ups and the subsequent training sessions have progressed better than anyone, even local coordinator MaryAnn McLaughlin, expected.

“What I am feeling right now is a grace that is palpable in this archdiocese and a grace that seems to be moving in a variety of ways and really bringing a delight to people and an excitement,” said McLaughlin, the director of the Office of Worship and Spiritual Life.

“It is a joy that you can hear in people’s voices and they seem to be brimming over with excitement.”

The majority of the approximately 160 parishes in the archdiocese that are participating in the ARISE program held sign-ups the weekend of Sept. 13-14, but other parishes have chosen to leave the period of registration open to attract more people. Participants in the program will meet in small groups during five, six-week sessions over the course of three-and-a-half years to discuss their faith. The ARISE program was designed for the Archdiocese of Boston by RENEW International, a canonically recognized Catholic organization that fosters spiritual renewal. The program is an itinerary of adult faith formation that seeks to create small communities in the parishes.

The response to the program has been very positive, said McLaughlin, who heard from pastors throughout the archdiocese who were “thrilled” with the number of people who signed up. Approximately 3,000 people have signed up to be team leaders of the small communities. The number of people participating in the faith-sharing communities is still unknown.

“I haven’t heard from all the parishes because the sign-ups are still underway, but I have been delighted with the response to ARISE in general from the beginning,” she said. “The excitement in people and the creativity of people who have been joining together with other parishes and working together has been terrific.”

McLaughlin credits much of the success of the program to preparation efforts at the parish level. Many parishes held information and get-the-word-out sessions to encourage parishioners and non-churchgoers to become involved. Parishes hosted ice-cream socials and manned refreshment tables to attract attention to ARISE. Parishioners at St. Theresa of Lisieux in Billerica even designed and printed lawn signs advertising the ARISE program.

“The whole process of publicizing ARISE has been very effective and has helped to get parishioners and pastors actively involved,” said McLaughlin. “This process will continue to unfold and I don’t think we have seen it all yet.”

The program appeals to all members of a parish and parishioners: pastors, parish-school students and their parents, high school and confirmation students, young adults and the elderly have signed on to participate in ARISE. McLaughlin said that parishes that have chosen to participate in the program can still use ARISE materials in their parish schools and CCD classes. The children can bring the pamphlets and materials home to their parents and faith-share as a family. These materials can be obtained through RENEW International, the Office of the New Evangelization of Youth and Young Adults or the Religious Education Office.

Another exciting development, she said, is that the program will be conducted in a number of languages. Small groups of ARISE will meet in seven different languages, including American Sign Language, throughout the archdiocese.

Approximately 200 of those who will serve as leaders for the parish faith-sharing groups met at the Pastoral Center in Braintree for training Sept. 15. Other training sessions were held in the following days. The meeting on Sept. 15, which was led by Sister Maureen Colleary and Sister Honora Nolty of RENEW International, encouraged the group leaders to use their skills to support members of the small communities to grow in and share their faith. McLaughlin said that the group leaders need to create a welcoming environment where participants can talk to one another freely about their experiences with Christ.

“This is a time of encouraging group leaders, but also helping them to hone the skills that many of them already have, such as the ability to listen and the ability to affirm in the small group members what is being said,” explained McLaughlin. “The group sessions aren’t a time for discussion. They are more a time of listening to how the Scripture moves people and how they find words for their faith.”

McLaughlin stressed that parishes that have not signed-on to participate in ARISE can do so at anytime. Participation in the faith-sharing communities is also open for the duration of the six-week program that begins in October. “So you are never too late to look into it and that is a message that we want to keep repeating,” she said. 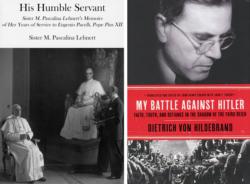