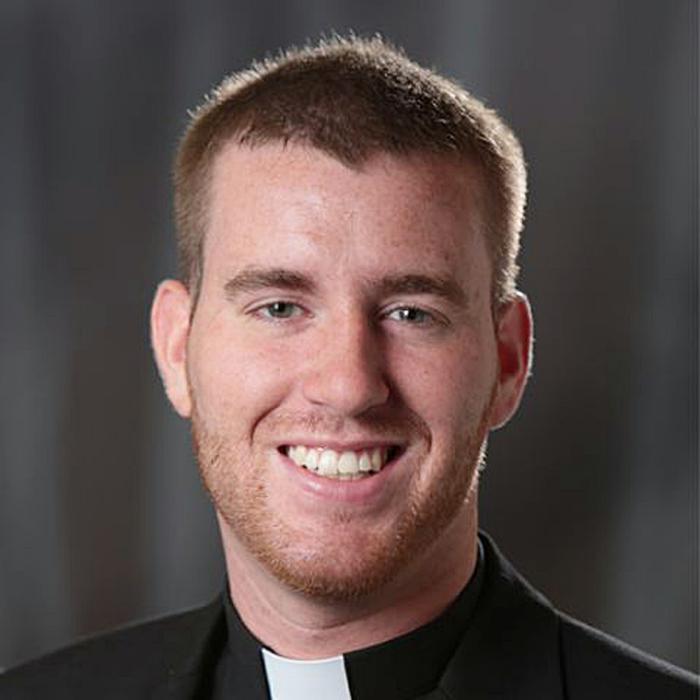 [This is the first in a series of articles profiling each of the five men in the Archdiocese of Boston's ordination class of 2020. Their ordination Mass is currently scheduled to be celebrated by Cardinal Seán P. O'Malley Aug. 1 at the Cathedral of the Holy Cross.]

BRIGHTON -- Growing up in the upstate town of Liverpool, New York, Deacon Daniel Zinger always had Sunday dinner at his grandparents' house with his extended family. His grandparents would also invite the parish priests to join them, and Deacon Zinger said he was "amazed and fascinated" at sitting at the dinner table with the priests he had seen celebrate Mass that morning.

"I just felt God's love coming to me through them. And through those encounters the seeds of my vocation were planted in my heart," Deacon Zinger said in a March 20 interview.

Deacon Zinger attended public schools, was involved in sports and had girlfriends. However, he said, the desire to become a priest never left him.

He studied philosophy at St. John's University in Queens. During that time, he did nursing work in a hospital. Each day before he went to work, he stopped by a nearby adoration chapel to pray for his coworkers and patients.

He also volunteered on Saturday mornings at a soup kitchen run by the Missionaries of Charity in the South Bronx. Many of the patrons spoke Spanish, and Deacon Zinger was frustrated because he did not know the language and could not communicate with them. But his confessor at the time told him, "If you love the people, you'll learn their language." So he endeavored to learn it, and eventually added a minor in Spanish.

"I tried really hard to communicate out of love, and then they kind of pulled me the rest of the way," Deacon Zinger said.

He said he learned a great deal from the Missionaries of Charity and the environment they created.

"Their love for Jesus shone so clearly and so bright, it set my heart on fire to want to pursue the priesthood all the more," Deacon Zinger said.

One day, a Capuchin friar he knew invited him to go to Boston, where he met Mother Olga of the Sacred Heart, the founder of Daughters of Mary of Nazareth in Quincy. After going on a retreat and talking with her, Deacon Zinger entered the seminary for Boston.

In June 2019, Deacon Zinger was ordained a transitional deacon. He said that when the cardinal laid his hands on his head, he felt "this explosion of light inside of me, and it was the most amazing feeling I've ever had in my life to date."

He has been assigned to St. Thomas the Apostle Parish and St. John the Baptist Parish in Peabody for his diaconate. He said that serving as a deacon, "being Christ the servant to his people," has been "a tremendous delight."

When asked what advice he would give to someone discerning their vocation, Deacon Zinger said, "Do what he tells you. If you feel in your heart that he's calling you, you might resist it -- that's normal; you might embrace it -- that's also normal; but listen to his voice. If it comes from him, you have to take instruction from him. Do what he tells you, and he will show you where to go."