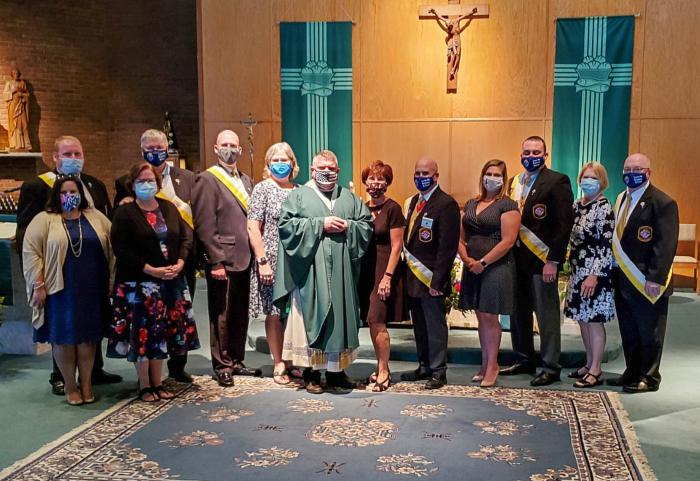 Another year of Charity-Unity-Fraternity-Patriotism began in earnest for the Massachusetts State Council of the Knights of Columbus with the installation of the new state officers.

K of C officers customarily hold office for no more than two years and they and their wives spend a great deal of time on the road, attending not only state functions but also local councils and districts of councils events. This year, state officers come from every diocese in the Commonwealth. In the recent past, there was a noticeable tilt to the east, with more officers from the territory of the archdiocese; this year there is a happy distribution across the four dioceses of the Commonwealth.

This year is a special one for all Knights of Columbus as the founder of the order, Father Michael J. McGivney, is to be beatified at the Metropolitan Cathedral of St. Joseph in Harford on Oct. 31.