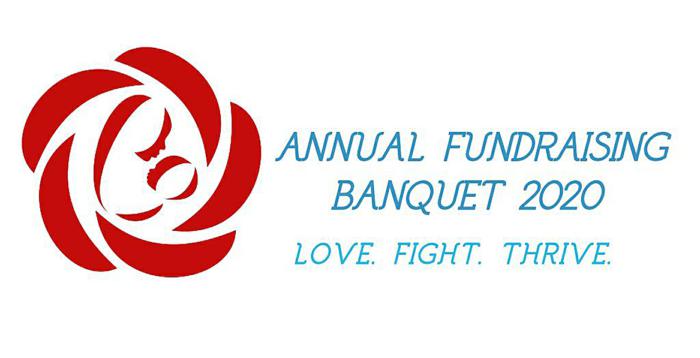 BRAINTREE -- In lieu of its annual fundraising banquet, on Sept. 17, Massachusetts Citizens for Life held a virtual fundraiser that featured messages from two prominent pro-life speakers and several testimonies about the importance of the organization's work, especially its efforts to fight legislation promoting abortion and physician-assisted suicide.

MCFL's mission is to defend the right to life by influencing public policy at the local, state, and national levels through charitable, educational, legislative, and political activities. Due to the coronavirus pandemic, MCFL had to postpone or cancel all its fundraising events this year.

Cardinal Sean P. O'Malley sent a video addressing the hosts and viewers of the program.

"During these times of distancing necessary for public health, it's so important that we stay connected in our commitment to respect life and to protect the unborn," the cardinal said.

He expressed his appreciation for everyone participating in the virtual event.

"Because of your dedication and commitment, children will be born into this world who otherwise would not. We go forward to build up a civilization of love and respect for life. God bless all of you. Keep up the good work," Cardinal O'Malley said.

In addition to advocating and protecting the unborn, another recurring topic over the course of the evening was the need to protect the elderly at the end of life.

Robert Joyce, former president of the Pro-Life Legal Defense Fund, spoke about his experience of surviving the coronavirus and the insight it gave him into medical care for the elderly.

"Today, the challenges with respect to vulnerable, elderly life are greater than ever because of doctor-prescribed suicide and the coronavirus pandemic," he said.

He spoke about the doctor-prescribed suicide bill pending on Beacon Hill, which the Joint Committee on Public Health voted to advance in June. If the bill, S2745, "An Act relative to end of life options," were passed by the full legislature and signed into law by the governor, physician-assisted suicide would become legal in Massachusetts.

"Mass. Citizens knows that the deeply flawed doctor-prescribed suicide bill would increase the already astronomical incidence of elder abuse and that coronavirus increases social isolation and breeds medical fear, and that some will exploit the crisis to push doctor-prescribed suicide, and that some lonely, vulnerable elderly patients will give up on life. I know about this from my personal coronavirus experience," Joyce said.

He said that on his way to the intensive care unit, he was told that he might be only 15 minutes away from being sedated and intubated, and that he might not survive. He told the doctor about his respect for life and desire to fight for his life. With "lots of prayerful, loving support," he was able to recover without needing to be put on a ventilator.

"Serious medical events, whether related to coronavirus or not, can easily intimidate elderly patients. I thought about how tragic it would be to be elderly, lonely, fearful, and feel pressured to devalue one's life to free up a hospital bed or to avoid being sent to a dangerous nursing home, and to have to face such a life-threatening challenge without preparation and loving support," Joyce said.

He thanked MCFL and organizations like it "for providing such preparation and loving support, for fighting for patients and individuals like me against the evils of doctor-prescribed suicide."

Among the guest speakers in the program was Dr. Alveda King, executive director of Civil Rights for the Unborn and a niece of Martin Luther King, Jr.

King called the pro-lifers of Massachusetts "a lighthouse."

"You're providing comfort, help, assistance, and truth," she said.

The program's keynote speaker was Melissa Ohden, an abortion survivor and the founder of the Abortion Survivors Network. While introducing herself, Ohden said she recently turned 43 years old.

"It's a beautiful thing that I was able to celebrate my 43rd birthday because in reality I was not meant to have a birthday," Ohden said.

Ohden's mother was forced by her own mother to have a saline infusion abortion. Ohden's grandmother was a nurse and was able to bypass hospital regulations. But Ohden survived being soaked in the toxic solution in her mother's womb and was subsequently born alive. Though her grandmother insisted she be left to die, the nurses brought her to the neonatal intensive care unit, and she was later adopted by a loving family.

"I'm in this battle for life because I've been empowered by life and by people loving me. And I know that is the work you are doing every day through MCFL -- empowering people through life," Ohden said.

She said that she has connected with over 300 abortion survivors in 11 different countries. She explained that it is difficult to find accurate information about the numbers of babies who survive abortions because those cases are often not recorded. She lamented the fact that only eight states report the number of babies that survive failed abortions each year.

"Massachusetts Citizens for Life is out there every single day fighting for lives like mine and lives like my biological mother. And they need your support now more than ever with everything that's happening in our world," Ohden said.

She connected her story with the ROE Act pending in the Massachusetts legislature, which would significantly deregulate abortion. Among other things, this bill would eliminate the state's requirement that a child who survives an attempted abortion must receive medical care.

After Ohden's address, Matthew Hanafin, a longtime member and former employee of MCFL, spoke at length about the organization's efforts to combat legislation, such as the ROE Act and the doctor-prescribed suicide bill.

Hanafin said the ROE Act "would permit infanticide by allowing doctors to refuse medical treatment for the Melissa Ohdens of the world."

Additionally, if passed into law, the ROE Act would allow abortions to be performed at any point during pregnancy, allow late-term abortions to take place outside of a hospital, provide state funding for women who cannot afford to pay for an abortion, and allow minors to have abortions without parental or judicial consent.

He explained that the legislature extended the legislative session past Election Day in November.

"We believe they've done this because if the election doesn't go their way, they will undoubtedly try to force these two radical bills forward," he said.