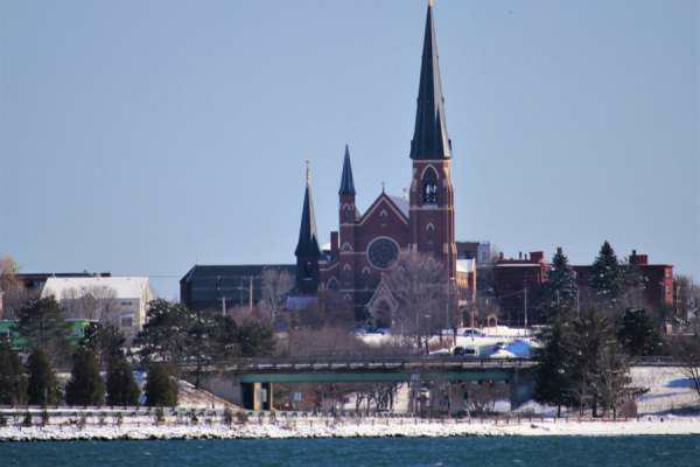 On Friday, Feb. 12, Gov. Janet Mills (D) issued a new executive order on public gatherings during the pandemic. Mills’ order changed restrictions on indoor religious gatherings from a limit of 50 people total to a limit of five people per 1,000 square feet of space.

In response, the state’s only Catholic diocese continues to push for increased capacity in its churches.

“This ruling, though sold as an ‘expansion,’ provides no real advance for the vast majority of the state,” said Bishop Robert Deeley of Portland in a statement provided to CNA.

“It does nothing to provide relief to our parishes and parishioners,” he said, adding that the state’s Catholics are “perplexed and upset” by the new rules.

Ultimately, fewer than ten churches in the state are expecting increased capacity due to this new ruling.

Two of these churches--the Cathedral of the Immaculate Conception in Portland and the Basilica of Saints Peter and Paul in Lewiston--are expecting only modest increases despite their large square-footage, the diocese told CNA. The cathedral, which has a listed capacity of 975 people, will now be allowed only 63 people inside. The basilica will now be able to accommodate 105 people inside, less than a tenth of its normal capacity.

“The governor must reconsider this and go to a percentage model,” Bishop Deeley said, noting that other states in New England “have and continue to be at 50% capacity for worship services,” and that over half of U.S. states have no restrictions at all on congregation sizes.

“We have asked for even 25% [capacity limits], but the governor’s office will not engage in a discussion on why that makes sense,” he said.

In a recent Supreme Court ruling, the court struck down California’s near-total ban on indoor worship services and ruled that the state may limit churches to 25% capacity for indoor services.

Since public Masses resumed in the diocese of Portland in June, 2020, Deeley said there have been no outbreaks traced to any Catholic church in the state, and that churches throughout the state have not only complied with the protocols, but “have enforced even stricter safeguards” in order to “ensure the safety of parishioners and the wider community.”

“It is difficult to understand the state’s position when we have shown that we can successfully operate our churches and schools, which offer five days of in-person learning per week,” he said. He called the cooperation by Catholics and parish staff “heroic” in ensuing Masses are celebrated safely.

Deeley said the ongoing restrictions are “not right,” particularly in the penitential season of Lent.

“Not having daily and weekly access to the Eucharist, the very presence of Christ, has been a great hardship for thousands of Maine Catholics, particularly when our neighboring states are allowed to provide this opportunity,” he said.

Dave Guthro, the diocese’s communications director, told CNA that he is unsure as to why Gov. Mills is hesitant to increase capacity for Maine’s churches, “particularly when she follows a lot of the policies and protocols in places like Vermont and New Hampshire, where church capacity is 50%.”

The hard cap of 50 people inside churches has been particularly hard on families, Guthro explained, as a family of five would account for 10% of the legal capacity at one Mass.

“These families are between a rock and a hard place and don’t have to be if just reasonable rulings are made by the governor’s office,” he said.

“We are hoping that the governor will reconsider her ruling and modify it before any further steps are taken,” Guthro told CNA. “It is Lent. The faithful of Maine have suffered enough.”