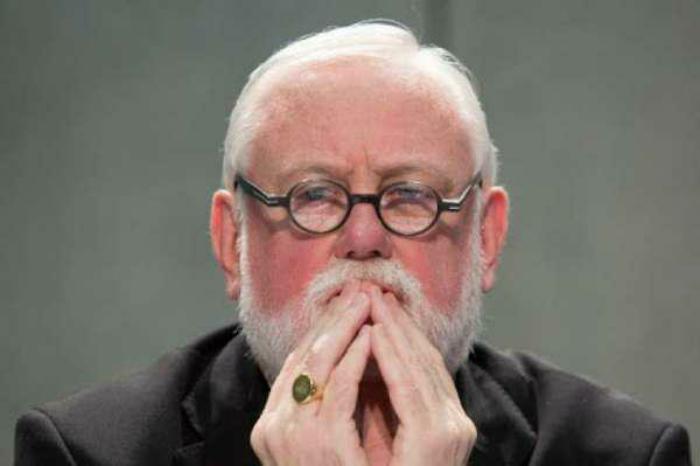 Vatican City, Feb 24, 2021 CNA.- A robust understanding of the right to religious freedom is being eroded in the global response to the coronavirus pandemic, the Vatican’s foreign minister said in a video message to the United Nations Human Rights Council on Tuesday.

“The Holy See would like to reiterate the urgency of protecting the right to freedom of thought, conscience and religion. In particular, religious belief, and the expression thereof, lies at the core of the dignity of the human person, in his or her conscience,” Archbishop Paul Gallagher said on Feb. 23.

Gallagher, the Holy See’s secretary for relations with states,said that “the global response to the COVID-19 pandemic reveals that this robust understanding of religious freedom is being eroded.”

“The Holy See would like to stress that, as is recognized in numerous human rights instruments, the freedom of religion also protects its public witness and expression --both individually and collectively, publicly and privately --in forms of worship, observance and teaching,” he said.

Speaking at the high-level segment of the 46th Session of the Human Rights Council, the archbishop explained that respecting the “inherent value” of the right to religious freedom requires political authorities to engage with religious leaders, faith-based organizations, and civil society groups committed to promoting freedom of religion.

“Amid the current COVID-19 pandemic, certain measures imposed by authorities to ensure public health also impinge on the free exercise of human rights,” he noted, explaining that many people in vulnerable situations, such as the elderly, migrants, and children, “have been disproportionately affected by the current crisis.”

“Any limitations on the exercise of human rights for the protection of public health must stem from a situation of strict necessity,” he emphasized.

“Such limitations must be proportional to the situation, applied in a non-discriminatory fashion and used only when no other means are available.”

He said that the true promotion of fundamental human rights dependedon the underlying values from which those rights are derived.

“Any practice or system that would treat rights in an abstract fashion, separated from preexisting and universal values, risks undermining their raison d’être,” he explained.

“In such a context of ‘rights’ devoid of values, human rights institutions become susceptible to prevailing visions or ideologies,” Gallagher said, “and may impose obligations or penalties that were never envisioned by the States Parties thereto, which may actually, in some cases, contradict the values they were supposed to promote.”

These institutions “may even presume to ‘create’ so-called ‘new rights’ that lack an objective foundation, thus, drifting away from their purpose of serving human dignity,” he added.

The archbishop illustrated this point with the example of the right to life, which he said is “first and foremost a good to be cherished and protected.”

He explained that developments such as enforcing the end of the death penalty or countering acts of torture “are reasonable extensions of the right to life because they maintain their fundamental basis in the inherent good of ‘life.’”

“However, when this right is divorced from its fundamental basis, there is a real risk of undermining the value it is intended to uphold,” he said, pointing to the “unfortunate precedent” of the Human Rights Committee’s General Comments n.36 on the right to life, “which --far from protecting human life and dignity --twists its meaning to imply the ‘right’ to assisted suicide and to end the lives of unborn children.”

In his message, Gallagher recalled that the preamble to the Universal Declaration of Human Rights, which declares that “the recognition of the inherent dignity of all the members of the human family, and of their equal and inalienable rights, constitutes the foundation of freedom, justice, and peace.”

He also noted that the UN Charter asserts its “faith in fundamental human rights, in the dignity and worth of the human person, in the equal rights of men and women and of nations large and small.”

“These two documents recognize an objective truth, one that is independent of the need for consensus and is not conditioned by time, place, culture or context, namely, that every human person is innately and universally endowed with equal dignity,” he said.

“We must admit, however, that these objectives are still far from being ‘recognized, respected, protected and promoted in every situation,’” the archbishop stated.