UPDATE: Pope has history of defending marriage, but being open to some civil unions

Questions continue around film's use of pope's quote on civil unions

Cardinal Sean P. O'Malley issued the following statement Oct. 22, 2020, regarding remarks made by Pope Francis during an interview segment of the documentary film "Francesco" that premiered Oct. 21 at the Rome Film Festival.

Quite understandably, the Holy Father's recent statements concerning civil unions have captured the attention of the world press, because many people are anxious for the Church to change its position on marriage and family. Pope Francis strongly and consistently teaches that marriage is between a man and woman for a lifetime and that this is God's plan for having and raising children.

The Pope's endorsement of civil unions is not an endorsement of homosexual activity. Just as the Church does not campaign against civil laws that allow for common-law marriage or second marriages that are not sacramental, even though such arrangements can be in violation of the laws of the Church, the Holy Father recognizes that in civil society there can be cogent reasons to enact such laws providing for civil unions which are not the same as the institution of marriage.

Pope Francis has seen civil unions as a way for governments to provide protections and health care for couples in long-term, committed relationships, whether they be siblings or friends or partners. Such arrangements are not always of a sexual nature.

The Holy Father is very aware of the suffering and alienation of homosexual individuals, gay people, who are rejected by family and society. He is also keenly aware of the parents and loved ones who also suffer because a member of their family is bullied or marginalized for being different. The demands of sexual morality are very challenging for anyone seeking to lead a life of faithful discipleship. We do not serve people well by falsely claiming that we can change the Decalogue. Our task is to show people that we love them and care about them and that together we can strive to be better people, more generous, more courageous and more faithful to what God is calling us to do. 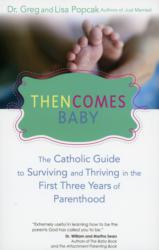