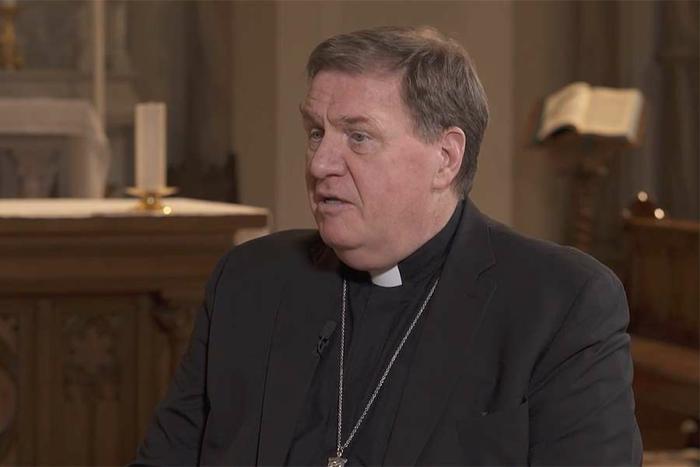 “This latest news is a necessary step for the Church to hold itself accountable for sexual abuse and harassment perpetrated by its ministers, no matter their rank,” Tobin said in a statement.

He asked the faithful “to pray for all who may have been harmed by the former Cardinal, and to pray for him as well.”

Pope Francis accepted Cardinal McCarrick’s resignation from the College of Cardinalson Saturday. The pope directed McCarrick, the 88-year-old former Archbishop of Washington, to observe “a life of prayer and penance in seclusion” until the end of the canonical process against him.

A substantial and credible allegation of child sexual abuse against McCarrick was made public in June.

In recent weeks, McCarrick has faced several additional allegations of sexual abuse and misconduct. These include charges that he pressured seminarians and priests into sexual relationships, and another reported allegation that he had a serially sexually abusive relationship with a child.

Cardinal Tobin noted that news of the resignation “will impact the Catholic community of the Archdiocese of Newark with particular force.”

The Archdiocese of Newark is one of two New Jersey dioceses to pay settlements to two men who claim they were sexually assaulted by McCarrick while they were seminarians and young priests. McCarrick was then permitted to continue to function publicly as a cardinal.

Tobin took over as Archbishop of Newark in 2017, a decade after the archdiocese reached the settlement in the McCarrick case.

Since the allegations against McCarrick were announced, questions have been raised about whether any other bishops – including Tobin – were aware of the settlements and had spoken up about them. Tobin's statement did not address those settlements.