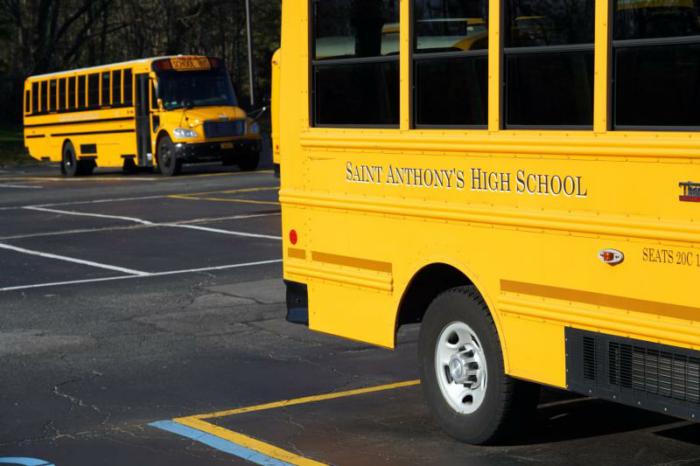 IRONDALE, Ala. (CNS) -- Two U.S. cardinals and the president of the U.S. Conference of Catholic Bishops have an urgent message for President Donald Trump and the U.S. Congress: The next emergency stimulus package must help tuition-paying families keep their Catholic and other nonpublic schools open this fall.

"Doing so is right for parents, children and their devoted teachers who depend on these schools," said Cardinals Timothy M. Dolan of New York and Sean P. O'Malley of Boston and Los Angeles Archbishop Jose H. Gomez, president of the USCCB.

They made the remarks in a commentary for the National Catholic Register, published by the Eternal Word Television Network based, based in Irondale.

Their commentary follows by two days the Republican-led Senate's introduction of its stimulus package: the HEALS Act, which stands for Health, Economic Assistance, Liability and Schools, about a $1 trillion package. The Democratic-led House passed its stimulus package in May. Called the Health and Economic Recovery Omnibus Emergency Solutions Act, or the HEROES Act, the House bill offers a $3 trillion package. The two chambers have begun negotiations to reconcile the two measures.

In the mix in the Senate is the School Choice Now Act, sponsored by Sens. Tim Scott, R-South Carolina, and Lamar Alexander, R-Tennessee. It would redirect some coronavirus-relief funding to school-choice programs, so families can continue to send, or choose to send, their children to nonpublic schools they feel offer the best education for them.

Cardinal Dolan and O'Malley and Archbishop Gomez urged Congress to include in the stimulus bill funding for scholarship assistance for families "who are economically disadvantaged and need such support." These scholarships would be used at Catholic or other nongovernment elementary or secondary schools.

"This approach would be similar to providing Pell grants that can be used at any institution of higher education, including religious institutions," explained the prelates.

They also said Congress should adopt a federal scholarship tax credit modeled after successful state-level credits, and in this way allow families to "provide the best education for their children and stabilize enrollment in Catholic and other nongovernment schools."

"All Americans, regardless of race or income, need a path to true human flourishing," they said, adding that Catholic schools, in particular, can put people on that path.

"For nearly two centuries, Catholic schools have provided an enormous public benefit by educating a diversity of Americans from every walk of life, including from every income level, but especially the poor and immigrant communities," they said. "For countless Americans, a Catholic education is the surest path out of poverty."

They added: "Catholic schools also educate significant numbers of students who are not Catholic, including children from Protestant, Jewish and Muslim families and from homes where no religion is claimed. These parents, like Catholic parents, want a great education for their children."

Each of the prelates head archdioceses with large Catholic school systems that educate children from all backgrounds.

They said the U.S. Supreme Court's June 30 decision in a school choice case "could not have come at a more crucial moment." In a 5-4 ruling, the court declared as unconstitutional the Montana Department of Revenue's rule that tax credit donations to a state scholarship program could only go toward nonreligious, private schools.

"The U.S. Supreme Court corrected an historic injustice, rooted in anti-immigrant and anti-Catholic bigotry, that, for more than 100 years, has denied students in religious schools the same opportunities as government-school students," the prelates said.

The "bigotry" to which they referred was embodied in the Blaine amendments that prohibited states from aiding "sectarian' schools." Montana, like 36 other states, has that amendment to its constitution in place.

The three prelates said that due to the coronavirus, "Catholic schools are presently facing their greatest financial crisis."

"Because of economic loss and uncertainty, many families are confronting the wrenching decision to pull their children out of Catholic schools," they wrote. "Already, the National Catholic Educational Association estimates close to 100 Catholic schools will close.

"Declining reenrollment trends portend hundreds more school closures are likely -- if these schools are not provided federal support in the next coronavirus relief bill."

"Catholic schools are worth saving," they continued, "not only for the proven results in serving children from low-income, working-class and middle-income families, but because of the impact our schools have on American society as a whole."

"Our schools' mission is to serve, and our success is documented," they explained. "Catholic schools do a better job of educating students, at half the cost of government schools, and provide healthy competition in education. Year after year, 99% of our students graduate from high school, and 86% go on to four-year colleges."

Catholic school closures will mean more students have to be educated in government schools, which will raise education costs for "cash-strapped" school-districts.

"Per-pupil costs of public schools are about $12,000 a year," said Cardinals Dolan and O'Malley and Archbishop Gomez. "With nearly 2 million Catholic-school students, that means Catholic schools are saving the nation's taxpayers more than $20 billion each year."

And fewer schools, they added, would mean overcrowding in government schools at a time the Centers for Disease Control urged schools "to provide greater space for children" amid the pandemic.

Editor's Note: The full commentary can be found on the website of the National Catholic Register, https://bit.ly/3jOGqF0.