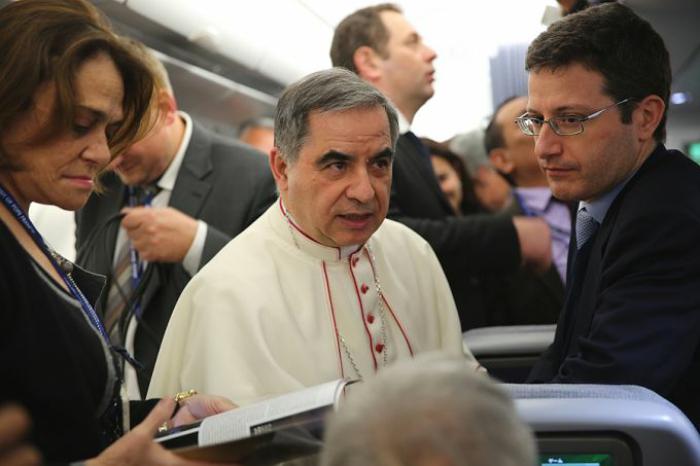 Vatican City, Apr 25, 2016 CNA/EWTN News.- The recent suspension of an audit of Vatican finances by a major accounting firm shed light on a lively debate within the Sacred Walls about the balance of power between the Secretariat of State and the Secretariat for the Economy.

The debate is, in fact, a result of the Curia reform begun by Pope Francis.

The international auditing firm Pricewaterhouse Cooper (PwC) was hired Dec. 5 by the Secretariat for the Economy to audit the Vatican's 120 financial departments' books and check if they had been filed according to international accountability standards.

The auditing was suspended April 12 by the Secretariat of State, with two letters by Cardinal Pietro Parolin, Secretary of State, and by his deputy, Archbishop Giovanni Angelo Becciu. The letters reportedly claimed that proper procedures had not been correctly applied.

No official statement from the Holy See Press Office confirmed or dismissed the presence of the letters, or the suspension.

A spokesperson of the Secretariat for the Economy, however, stressed Apr. 21 that Cardinal Pell, the prefect, “was bit surprised at the Archbishop’s letter, but anticipates that, after discussion and clarification on some issues, the work of PwC will resume shortly.”

The Cardinal’s spokesperson also underscored that “the work of the internal auditor, which covers all the areas, has not been interrupted.”

The same day, Archbishop Becciu said in a TV interview that the PwC contract “was suspended, not rescinded,” and emphasized that the contract was not signed by the body in charge of it; that is – according to him – the Council of Cardinals.

However, the Council of Cardinals is charged with advising the Pope about issues on Church government and Curia reform: it is not an official body with the capacity for signing contracts.

The Secretariat for the Economy then delivered a release April 22 in which it clarified that “the PwC contract is with the Council for the Economy which, as is clear in its Statutes, is the competent body for the appointment of external auditors.”

The Secretariat for the Economy also stressed that “the Council is the competent body - not the Secretariat of State, and certainly not the C9, which is an advisory body for the Holy Father and operates without any formal role in the governance of the Holy See,” and pointed out “that the PwC contract was signed by the Chair of the Council's Audit Committee and co-signed by the Prefect of the Secretariat for the Economy, following a unanimous resolution of the Council to appoint PwC and a direction to proceed.”

All of this cut and thrust revealed an on-going discussion within the Vatican Walls about the competences of the new dicasteries.

On one side, the Secretariat of State is working to maintain its central position among the Curia dicasteries. Its position has been threatened by the Secretariat for the Economy, created in 2014 to have financial oversight over all Vatican City and Holy See institutions.

Yet in the course of Francis' pontificate, the Secretariat of State has step by step regained importance.

In a letter to Cardinal Parolin dated Oct. 14, 2015, Pope Francis underscored that the “status quo” of the Curia offices had to be respected until the reforms were completed, which means the Secretariat of State is still the central body of the Curia.

However, it is simplistic to read the facts as the struggle between an opaque Italian bureaucracy and a transparent Anglo-Saxon style, as some English-language media have suggested.

The path to Vatican financial transparency and accountability has always found resistance, and Cardinal Pell’s Secretariat has simply become the perfect target for acts of resistance.

Who is it that doesn't want the procedures carried forward? This is the recurrent question in Vatican financial bodies. According to a source familiar with Vatican finances “this kind of resistance comes out at the mid-ranks, while the top ranks exploit the resistance to reinforce their position.”

Taking advantage of the fact that Cardinal Pell, an Australian, is a real decision maker, the old guard of the Curia are able to slow the implementation of his decisions with procedural excuses.

The case of the PwC suspension is revealing. According to CNA's source, PwC was hired by the Council for the Economy, which made the decision by an unanimous vote.

However, the Secretariat of State claimed the need for further control, and raised issues for discussion, such as: given that Vatican City is a sovereign state, and not a company, is it even proper that its financial books undergo external auditing?

The issue of sovereignty is crucial for the Holy See, which has fought recently to be independent of any secular power: sovereignty has helped the Church to act independently throughout the world, without depending on any secular power, and to be able to have an independent voice in the international scene, thus being able to advocate for human rights and the common good without being accused of any partiality.

Sovereignty is not just a notion: the Holy See’s sovereignty insists on the independent, albeit small, territory of the Vatican City State, which like any other independent nation has its internal jurisdiction and legislation, and is involved in international relations.

This sovereignty implies that the Vatican dicasteries are considered on par with the ministries of any other country – which includes a level of confidentiality in handling their budgets.

For Cardinal Pell, the real challenge is to introduce international accountability standards within a state system: to find a balance between the needs of a manager and those of a governor.

When this balance is upset, Cardinal Pell's will for financial transparency may be stymied by fears that the Holy See could lose something of its sovereignty.

The fracas over the suspension of the PwC audit shows that the discussion is not over, and the tensions between the Vatican's secretariats will continue.

This discussion is the first notable rebound of Pope Francis' Curia reform. If the discussion is not resolved, there well may be other rebounds, further affecting the progress of reform.