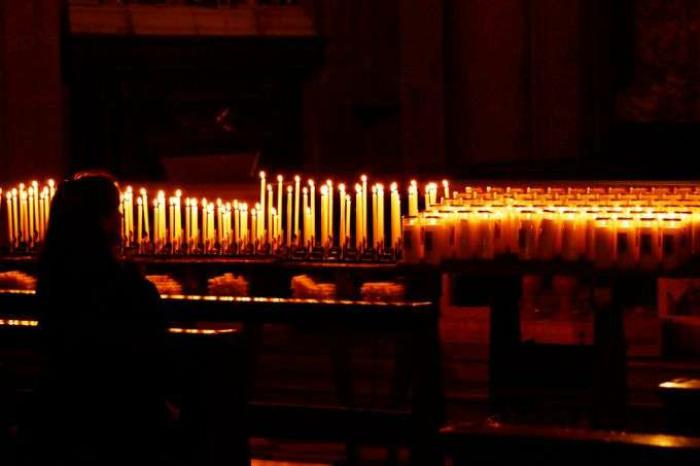 Obala, Cameroon, Jun 7, 2017 CNA/EWTN News.- Local news reports say that “signs of torture” have been found on the body of a Cameroonian bishop whose body was found in a river last week.

Unusual circumstances surrounded the death of Bishop Jean-Marie Benoît Balla of Bafia, leading some to think he had committed suicide.

Bishop Balla, who was 58, left his residence late in the evening of May 30. He disappeared, and his car was found parked on the Sanaga bridge near Ebebda, about 25 miles northwest of Obala. His body was found June 2, about 10 miles from the bridge.

A note was found in his car which reportedly read: “Do not look for me! I am in the water.”

While some believe this was the bishop’s suicide note, others believe he may have been murdered, due to other unsolved murders of priests in the country. The bishop’s autopsy seems to support those suspicions.

The autopsy shows that the bishop's body spent fewer than 4 hours in the water before it was found, even though his body was found several days after he had disappeared. The autopsy also notes the lack of water in his lungs, which would have been present had he died by drowning.

"The body removed from the river Sanaga had a stiffened arm, folded on its abdomen indicating that Bishop Balla was not fighting against the fury of the waters. Bishop Balla was tortured and brutally murdered," stated the findings of the autopsy, according to BaretaNews.

Father Ludovic Lado, a Cameroonian Jesuit living in Ivory Coast, told the African edition of La Croix that for the most part, the suspected cause of death in the case has now moved from suicide to murder.

Archbishop Cornelius Esua of Bamenda told the daily Le Jour that Bishop Balla “did not seem to us as troubled as that (to have committed suicide),” and noted that bishop suicides are rare.

“The bishops do not commit suicide," he said.

Fr. Lado noted that it was hard to imagine why a “discreet and devoted” person like Bishop Balla would be the target of assassins. The Cameroon Concord notes that the bishop was a beloved pastor whom the faithful often called “Papa Benoit,” and he was known especially for his care for the sick and under-served.

Fr. Lado added that some have suspected a link between the bishop’s death and the death of Father Armel Collins Ndjama, the rector of the minor seminary of Bafia, who was found dead in his room earlier in May.

Reportedly, Bishop Balla was particularly affected by the death of the young priest and cancelled several of his appointments after finding out about his death.

Catholic leaders in the country have called for prayers for Bishop Balla, as the investigations surrounding the bishop’s death are ongoing.

Bishop Balla was born in 1959, and was ordained a priest of the Archdiocese of Yaounde in 1987. He was consecrated Bishop of Bafia in 2003.