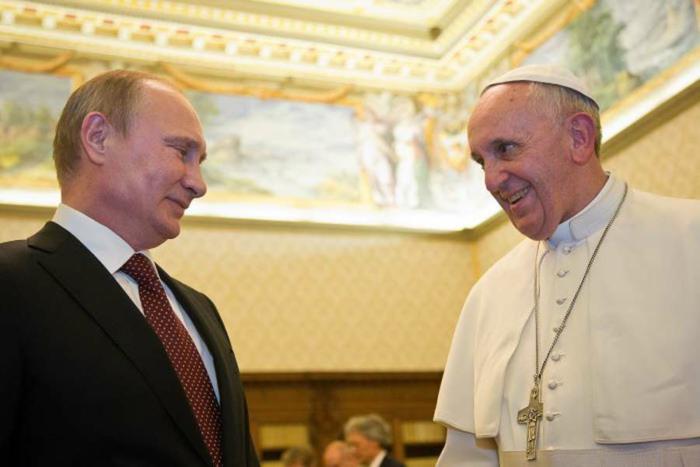 Vatican City, Aug 1, 2017 CNA/EWTN News.- If problems between Russia and Western countries are going to be resolved, the two must overcome differences and concern for personal interests in order to achieve peace, Cardinal Pietro Parolin said Thursday.

“The question of peace and search for a solution to the various crises underway should be placed above any national or in any case partisan interest,” the Vatican Secretary of State said ahead of a planned trip to Moscow in August.

“I am convinced that it is part of the Holy See’s mission to insist on this aspect.”

Cardinal Parolin, the Vatican’s top diplomat, spoke about the Holy See’s mission in Russia in an interview with the Italian newspaper “Il Sole 24 ore,” published July 27.

Earlier Parolin told Italian media that he will be visiting Moscow sometime in late August, though the trip and exact dates have not yet been announced by the Vatican. It is believed the visit will include meetings with Russian President Vladimir Putin and leaders of the Russian Orthodox Church, the Vatican diplomat told journalists in June.

Speaking about Russia’s influence in the world, Cardinal Parolin noted that though there has been a period of uncertainty around Russia’s position on various issues, the country has always been part of the international scene.

Often, he said, we emphasize the differences between Russia and various Western countries as if “they were different worlds,” but in this context “the challenge is to contribute to a better reciprocal understanding between those who risk presenting themselves as opposite poles.”

“Here there can be no victors or defeated. Indulging your own specific interests, which is one of the characteristics in this age of return to nationalisms, distracts you from seeing how the possibility of a catastrophe is not averted on its own.”

This effort doesn’t mean the kind of compromise that leads to one side yielding its position to the position of the other, he underlined, but rather “a patient, constructive, frank, and at the same time, respectful dialogue.”

This kind of dialogue, he emphasized, is even more important for those questions at the origin of current conflicts and those that risk inflaming further tension.

The cardinal gave a few examples to show that the Holy See has always been invested in Russia and in Eastern Europe generally, such as the visit to Rome by Tsar Nicholas I in 1845, where he had two meetings with Gregory XVI.

Two years later he drew up an agreement with Bl. Pius IX. “The local Churches stood alongside their people, also in the dramatic moments of the persecutions,” he said.

“It is not just its being at the borders of Europe that makes Eastern Europe important, but also its historic role in terms of civilization, culture and Christian faith.”

The Holy See’s consideration of Eastern Europe is “long-running,” he emphasized, even in the most difficult times, the Church’s approach to diplomacy being always one of peace.

“The Holy See does not seek anything for itself. It is not present here and then there to not lose on any side. Its attempt is one that is humanly difficult but evangelically unavoidable, so that nearby worlds return to dialogue and stop being torn apart, by hate even before the bombs.”

Asked about the new administration in the United States, in particular President Donald Trump, and the international responsibility of the U.S., Cardinal Parolin said we cannot rush, but that “time is needed to judge.”

“We hope,” he noted, “that the United States – and the other actors of the international scene – will not divert from their international responsibility on various themes which up to now has been historically exerted” – particularly those surrounding new climate challenges, poverty and ongoing conflicts.

As regards conflict and the new challenges found also in places like Venezuela and China, Cardinal Parolin said that they “call for unprecedented and creative responses, but in the end the aim of the Church has always been the same, and it is by nature pastoral: bring God to man and man to God.”

“Specifically, the Catholic Church asks that it is guaranteed the right to freely profess one’s faith for the benefit of everyone and for harmony in society,” he continued. “Catholics wish to live their faith serenely in their respective countries like good citizens, working toward the positive development of the national community.”