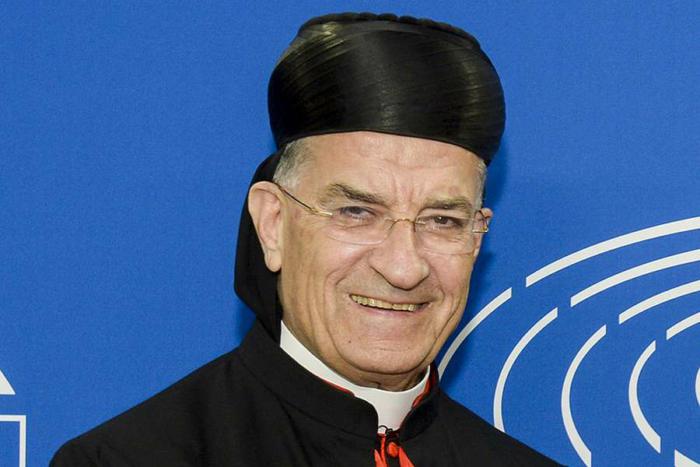 “I mentioned the importance of the [royal family’s] work for dialogue with the KAICIID, the center for interreligious dialogue based in Vienna. I told them that it was important to have such dialogue in Saudi Arabia, thus implying that they should open to further dialogue,” he told CNA.

Cardinal Rai was in Saudi Arabia Nov. 13-15, and met with Pope Francis Nov. 23 in a private audience to report about the visit.

Although the visit had long been planned, his trip took on more importance after former Lebanese premier Saad Hariri announced his resignation from government while in Riyadh Nov. 4, and remained in the city thereafter.

The meetings were mostly behind closed doors and short, and the official Saudi agency SPA offered the only reports of most meetings. However, the event was groundbreaking, because it was the first official visit of a top-ranked Catholic priest in the holiest territory of Islam, the nation where the cities Medina and Mecca are located.

“I received an official invitation from the King, and I accepted. I was welcomed almost as a head of state, the protocol of the visit was very official,” he said.

He said that there were already “friendly relations between Saudi Arabia and Lebanon,” considering that “there is a big Lebanese community in Saudi Arabia, very much respected,” and that the Maronite Patriarchate and Saudi king were “very much in good relations.”

Cardinal Rai addressed religious freedom in Saudi Arabia, noting that “Saudi Arabia has not recognized the possibility to build churches or practice Catholicism. The Catholic religion is discreetly practiced in the embassies or in the Apostolic nunciature, and the Saudis know and pretend not to know.”

Cardinal Rai recounted that he told the crown prince that his presence there was already a sign of opening, and that the crown prince responded “that today times have changed, Islam is now spread all over the world, and we are called to be open to other culture and other religions.”

The cardinal said that, rather than tackling the issue of religious freedom directly, he expressed appreciation that Saudi Arabia established its center for inter-religious dialogue in Vienna.

The cardinal was referring to KAICIID, the King Abdullah bin Abdulaziz International Center for Inter-religious and Intercultural Dialogue. Established in 2012, it is funded by Saudi Arabia with Austria and Spain as cofounder states. The Holy See is a founding observer of the center.

Cardinal Rai praised the fact that Saudi Arabia has “already practiced inter-religious dialogue with the center.”

This, he said, was “an indirect way to tell him that it is time to have this inter-religious dialogue also in their homeland,” he maintained.

Cardinal Rai also explained to the Saudis that Lebanon is a “model that shows how Islam and Christianity can live together, because Christians and Muslims are equal in Lebanon, they jointly manage power and the separate state and religion.”

The Maronite Patriarch also noted that Lebanon is “a light of hope for Christians in the Middle East,” since Christians in other nations live in fear of persecution, and often flee their homelands.

“We encourage Christians to stay [in their homelands], we tell them that Christianity has been in the Middle East for 2000 years. Saudi Arabia was Christian at the beginning, and Christian culture was present in Saudi Arabia 600 years before Islam,” Cardinal Rai said.

He added that “these words are not enough when there is war, fear, economic crisis and diaspora.”

The situation in the Middle East, and the appeal for Christians to stay, was emphasized in Ecclesia In Medio Oriente, Benedict XVI’s 2012 post-synodal apostolic exhortation, which followed a Special Synod for the Middle East.

“The Synod for the Middle East was a Benedict XVI’s prophetic act,” Cardinal Rai said. “But there is no more conscience, the conscience is dead. States seek their own interests, whether they are economical, political, strategic or commercial interests. They do not listen to the Church’s words.”

Despite this, the cardinal concluded, “the Church must speak out to shake up consciences. She cannot stay silent.”