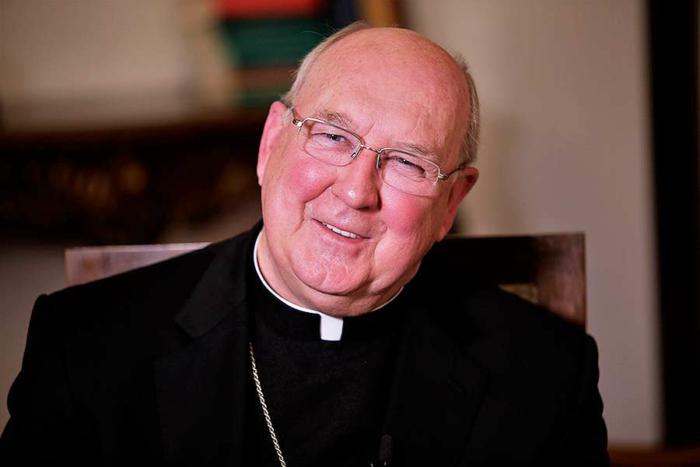 First held in 2014, the “Voices of Faith” (VoF) event has taken place inside the Vatican’s Casina Pio IV, headquarters of the Pontifical Academy for Sciences, every March for the past four years.

Established in 2014 in response to Pope Francis' call to “broaden the space within the Church for a more incisive feminine presence,” the event is scheduled each year to coincide with the March 8 celebration of International Women's Day, and typically draws speakers from various backgrounds to give testimonies and speak on a specific theme.

Organizers have relocated the 2018 conference, titled “Why Women Matter,” to another location outside Vatican grounds, after two high-profile speakers didn't meet Vatican approval: Mary McAleese, former president of Ireland, and Ssenfuka Juanita Warry, who runs a non-profit advocating for LGBT Catholics in Uganda.

According to Chantal Gotz, founder and managing director of VoF, the list of speakers required approval from Cardinal Farrell before they could move forward with planning. When he returned a list of approved names, McAleese and Warry were not included.

Farrell heads the Vatican Dicastery for Laity, Family and Life, the office in charge of organizing the World Meeting of Families this August and the 2019 international World Youth Day in Panama. Given the topic of this year's Synod of Bishops, which will reflect on “Faith, young people and the discernment of vocation,” Farrell's office is also a key player in organizing that event.

In comments to CNA, Gotz said the conference organizers were not given a reason for having the speakers barred, so “we engaged in dialogue with the cardinal and asked him for an explanation for blocking the names,” however “we were not able to go further since an explanation was not forthcoming.”

While an official reason for blocking the speakers might be lacking, it is widely believed Farrell made the decision because of the proposed speakers’ controversial stances on the question of homosexuality.

McAleese has a son who is gay, and according to the Irish Independent, at one point said her son had gone through “torture” when he learned about the Catholic Church's position on the issue.

McAleese has previously advocated for same-sex marriage, accusing the Catholic Church of “hypocrisy” for its stance on marriage. She has also publicly advocated for the ordination of women to the priesthood, in opposition to the teachings of the Church expressed in Pope St. John Paul II’s Ordinatio Sacerdotalis.

According to a Feb. 2 press release from VoF, as the former president of Ireland McAleese “is no stranger to the Vatican, having held the highest position in public office in a predominantly Catholic country.”

“She is known for her staunch support for gay and women’s rights and has often spoken publicly about her frustrations with her Catholic faith.”

Warry is also an active campaigner on issues related to homosexuality.

Gotz told CNA she was “stunned” by Farrell's decision, as such issues have never been a problem in the past.

In previous years the conference has invited a host of speakers who hold opposing views to the Church's position on major issues such as abortion, contraception and women's ordination, she said. Some of them have spoken openly about their positions during the event, however, this marks the first year that any of the speakers have been rejected.

“We have always been respectful of the viewpoints of the Church,” Gotz told CNA, “yet we, like Pope Francis, recognize there is a critical need to open the church to more dialogue.”

In the press release, the purpose of the VoF event is to “empower and advocate for Catholic women to have a seat at the table of decision making in the Catholic Church.”

The statement also voices the organization's belief that a key solution to various problems the Church faces “lies in having a diversity of thought, expertise and education at the leadership level, skill sets they say can be brought by women and lay people if only they were more welcomed into these structures.”

The conference, she said, “allows us to not only celebrate the wonderful work Catholic women are doing across the globe, but also create discussion and dialogue on the current power and leadership structures of our Church today.”

More than anything, “we hope it will help create a bridge to dialogue between those who have feared that dialogue for too long,” she said.

“Women are willing and ready to share their faith and their gifts. They should be afforded a seat at the table so that women’s voices and perspectives become an integrated part of decision making within the Church.”

Rather than taking McAleese and Warry off of their list of speakers, organizers of VoF opted for a change of location, and the conference will now take place at the Jesuit Curia in Rome.

“The Jesuits, in true form, have welcomed us and our speakers,” Gotz told CNA, explaining that she is unsure if the rift with Cardinal Farrell will affect future VoF events.