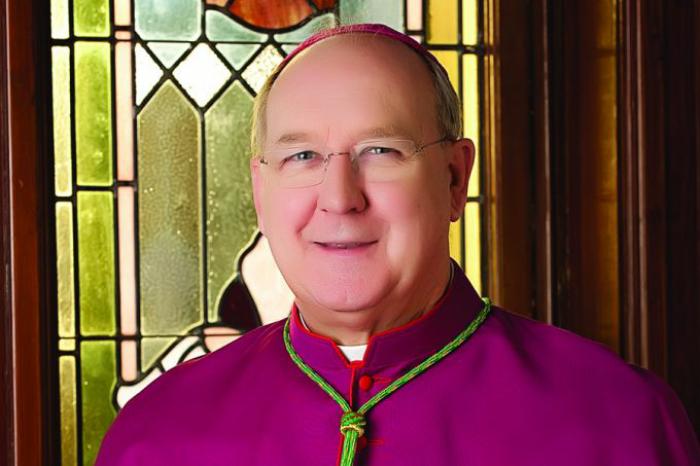 Vatican City, Aug 17, 2016 CNA/EWTN News.- Bishop Kevin Farrell of Dallas has been appointed the head of Francis’ new 'mega-dicastery' for laity, family, and life – a decision that marks the second major appointment of an American to a Vatican position this summer.

The news of Bishop Farrell’s appointment as head of the new dicastery was announced in an Aug. 17 communique from the Vatican, and falls less than a month after another American, Greg Burke, stepped in as the new Vatican spokesman and director of the Holy See Press Office.

The appointment was accompanied by the release of the brief motu proprio Sedula Mater, or "sedulous mother", by which Pope Francis established the Dicastery for Laity, Family, and Life.

In a statement announcing Bishop Farrell’s appointment, Cardinal Donald Wuerl of Washington said, “the appointment by our Holy Father, Pope Francis, of Bishop Kevin Farrell as the head of the newly created dicastery … is welcome news given Bishop Farrell’s demonstrated pastoral skills and his recognized administrative abilities.”

At a time when Pope Francis is placing the role of the laity, the importance of “a robust, pastoral activity” and the support of family and married life at the center of the Church’s attention, “the leadership that Bishop Farrell brings will be a blessing for all of us,” Cardinal Wuerl said.

Bishop Farrell, 68, was born in Dublin, and was ordained a priest of the Legionaries of Christ in 1978. He was incardinated into the Archdiocese of Washington in 1984, and was appointed an auxiliary bishop for the archdiocese in 2001, where he led Hispanic ministries.

He continued to serve in that capacity until his 2007 appointment as head of the Diocese of Dallas, which boasts the 10th largest Catholic population in the U.S.

Bishop Farrell holds advanced degrees in philosophy and theology and is fluent in both Spanish and Italian.

In the statement announcing Bishop Farrell’s appointment to the Vatican department – also called a dicastery – Cardinal Wuerl expressed his joy that the challenge of heading the new department “has been entrusted to the very competent Bishop Farrell.”

“Our prayers and best wishes go with Bishop Farrell as he now moves to Rome and his new responsibilities.”

The establishment of the new dicastery includes the cessation of the Pontifical Councils for the Family and the Laity, whose competences will be transferred to Bishop Farrell's office.

A new appointment was not provided Wednesday for Cardinal Stanislaw Rylko, a Pole who has been president of the Pontifical Council for the Laity since 2003.

Pope Francis first announced his intention to establish a new Vatican department dedicated to laity, family, and life during the October 2015 Synod of Bishops on the Family.

The formal announcement was made by the Vatican June 4, 2016, with the official start-date for the new department set for Sept. 1, 2016.

According to a set of statutes released with the June 4 announcement, the new department will promote “the pastoral care of the family, maintain the dignity and basic good of the Sacrament of marriage, favor the rights and responsibilities of the Church in civil society.”

It will also pay special attention to “the particular mission of the lay faithful to permeate and perfect the order of temporal reality,” the statute continues.

The department will be tasked with projects relating to the apostolate of the laity, the institution of marriage, and the family within the life of the Church.

It will deal with matters regarding the promotion of life, the apostolate of the laity, the pastoral care and of the family, and “its mission, according to God's design, to support human life,” according to its statutes.

In addition to Bishop Farrell, the heads of the dicastery will include a secretary, who could be a lay person, along with three lay undersecretaries. Members of the department will include lay persons, men and women, celibate and married, working in different fields of activity and coming from different parts of the world.

One of the tasks will be to promote the analysis of doctrine on themes and questions pertaining to lay persons.

The dicastery will also “establish aggregations of faithful and lay movements which have and an international character, and will approve their statutes, save the competence of the Secretary of State.”

Another focus will be the “deepening of the doctrine of the family,” and promoting it through catechesis, especially with regard to the spirituality of marriage and the family.

Other programs will include formation of engaged couples and young people, supporting adoption, and care for the elderly.

In addition, the department will support and coordinate “initiatives to encourage responsible procreation, as well as for protection of human life from its conception until its natural end, taking into account the needs the person in the different evolutionary phases.”

These initiatives will include efforts to offer support to women experiencing difficult pregnancies so they do not resort to abortion, as well as programs for post-abortive mothers.