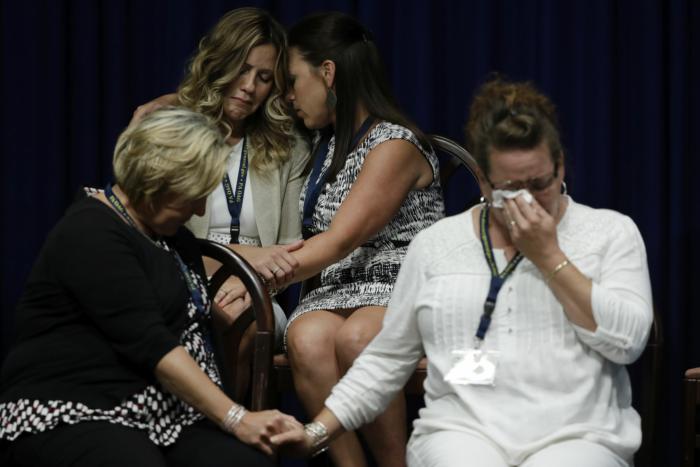 Vatican spokeman to victims: 'The pope is on your side'

BRAINTREE -- In a statement issued Aug. 16, Cardinal Sean P. O'Malley acknowledged the pain experienced by victims of clergy abuse and calling on Catholics to respond with action and not lose hope.

The statement came two days after a Pennsylvania grand jury issued a 1,400-page report detailing cases of clergy sexual abuse in six of its dioceses over a period of 70 years. More than 300 priests were said to be linked to these cases, and over 1,000 children were identified as victims.

The Cardinal's statement began, "There are times when words fail us - when they do not capture the depth of overwhelming situations we sometimes face in life. For the Church in the

United States this is one of those times."

He said of the Pennsylvania report, "we hear each excruciating word they share. We remain shamed by these egregious failures to protect children and those who are vulnerable and affirm our commitment that these failures will never be repeated."

"The Church must embrace spiritual conversion and demand legal transparency and pastoral accountability for all who carry out its mission. This transformation is not easily achieved, but in all aspects it is imperative. The way we prepare priests, the way we exercise pastoral leadership and the way we cooperate with civil authorities; all these have to be consistently better than has been the case."

Cardinal O'Malley stressed the urgency of the situation, saying, "The clock is ticking for all of us in Church leadership, Catholics have lost patience with us and civil society has lost confidence in us."

However, he also expressed faith and determination that the Church can and must correct its failures and be a source of hope and goodness.

"I am not without hope and do not succumb to despondent acceptance that our failures cannot be corrected. As the Church we have the responsibility to help people not to lose hope, that was Jesus' message to all those he ministered to, especially in times of great trial. There is too much good in the Church and in our faith to lose hope. Often it is survivors who courageously teach us we cannot lose hope."

Cardinal O'Malley acknowledged that although American dioceses have adopted programs for the protection of children, survivors of abuse still carry a burden, and "we have yet to establish clear and transparent systems of accountability and consequence for Church leadership whose failures have allowed these crimes to occur."

"The crisis we face is the product of clerical sins and clerical failures. As a Church, the conversion, transparency and accountability we need is only possible with the significant involvement and leadership of lay men and women in our Church, individuals who can bring their competence, experience and skills to the task we face."

In closing the cardinal said, "We must proceed quickly and with purpose; there is no time to waste."

According to the archdiocese, the full text of Cardinal O'Malley's statement is to be read at all Masses taking place in the Archdiocese of Boston on the weekend of Aug. 18-19.