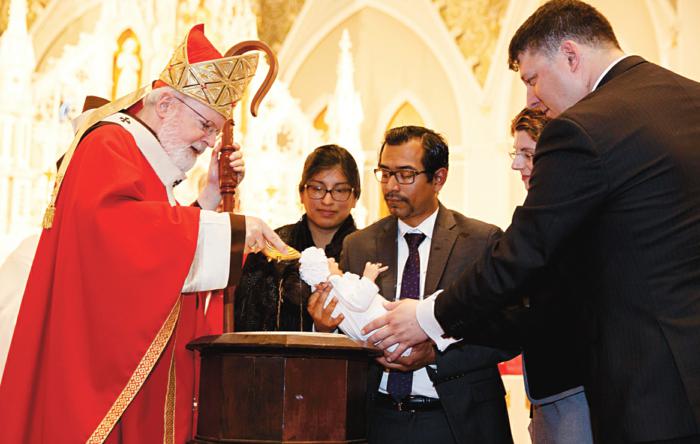 SOUTH END -- Cardinal Seán P. O'Malley, alongside members of the ecclesial movements and faith communities of the Archdiocese of Boston, celebrated the Pentecost Vigil at the Cathedral of the Holy Cross in Boston, May 14.

Pentecost, stemming from the Greek word "Pentekostos," meaning 50, falls 50 days after Easter. Sometimes referred to as the "birthday of the Church," it celebrates the day when the Apostles were filled with the Holy Spirit and began to preach the Gospel.

"Jesus had promised that he would not leave us to our own, and that he would be with us forever, that he would send his Holy Spirit to 12 divine lives, and in Pentecost, Jesus' promise is ... fulfilled," the cardinal said.

"In Pentecost, the power of the spirit overcomes every division and every barrier... everyone hears and understands the marvelous things of God, each in his or her own language," said the cardinal.

As a symbol of that universal understanding, the readings and prayers at the Mass were proclaimed in numerous languages, including English, Portuguese, Haitian Creole, Italian, Luganda, and Polish, representing the gift the Holy Spirit imbued in the Apostles to be understood by all, despite the absence of a common language.

Like the Easter Vigil, the Pentecost Vigil has also traditionally been an occasion to celebrate baptisms.

During the vigil, Cardinal O'Malley baptized Agnes Claire Rendon, the daughter of Jesus Manuel and Leticia Rendon, and the goddaughter of Pablo Martinez and Debora Benedicto.

One attendee, Domingo Encarnacion, told The Pilot that he liked that different cultures were able to come together during the vigil.

"The gathering is very nice because it's in different languages, and so, I think we are providing something new," he said.

"It's nice that families are getting together," he continued.

Stephen Hanley also attended the vigil, and said he was glad to see members of different cultures together, worshipping God in the "beautiful" Cathedral of the Holy Cross.

"Even with grandeur like this, we can express our humility" to God, he said. 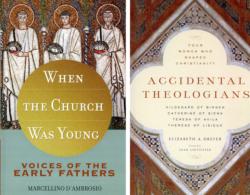