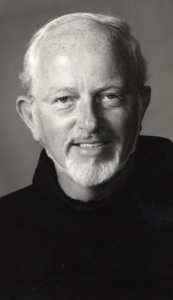 Franciscan priest and Philadelphia native, Father Stephen C. Doyle died on Oct. 8 at Massachusetts General Hospital where he had been a patient since suffering a stroke a few weeks ago. He was 76 years old.

For almost 39 years Father Doyle began a long relationship with our archdiocese. His journey to Boston began in Philadelphia where he was born on Aug. 12, 1934. He was the eighth of the nine children of the late John and Marie (Lawlor) Doyle. In addition to his Franciscan family and his many friends, Father Doyle's siblings Father John Doyle, OSFS, Childs, Md.; Joseph, Sunapee, N.H.; James, Wellington, Fla.; Gertrude Salerno, Greenwich, Conn.; and Margaret Bouffard, Williamsburg, Va. survive him.

Ordained a priest on March 17, 1962, he completed advanced theological studies at Washington's Catholic University of America; then after teaching for several years he returned to CUA to study Semitic languages and then to Rome where he received a licentiate degree in Sacred Scripture.

After a stint on a seminary faculty in New York and as a retreat master in New Jersey he came to Boston and was named a professor of sacred scripture and homiletics at Blessed John XXIII Seminary, Weston.

His love of scripture and his ability as a retreat master and spiritual director gave rise to his perhaps most widely known "ministry" as pilgrimage leader to the Holy Land. As well known as he was around the archdiocese, his residence at St. Anthony Shrine was the launching pad for an international reputation as preacher and teacher and retreat master. His enthusiastic presentations and his obvious love of the Word was spread across North America, to South America, nations of Europe and Asia, and naturally to the ancestral homeland, Ireland.

For several years he was the director of the Tantur Ecumenical Institute in Israel which gave him the chance to prepare for the more than 100 guided pilgrimages of biblical and religious venues in the Holy Land, Asia Minor, Greece and Italy which he would direct.

He was slowed down but not stopped by a stroke in 2006; since then he has lived at St. Anthony Residence across Arch Street from the Shrine.

He had an infectious love of the bible and those who were fortunate to have him either as teacher or pilgrim guide not only sensed that from him but also testify to his ability to make the texts live and breathe.

A Memorial Mass for Father Doyle was celebrated at St. Anthony Shrine on Oct. 12. In accord with his wishes, he donated his body to Harvard Medical School for research.