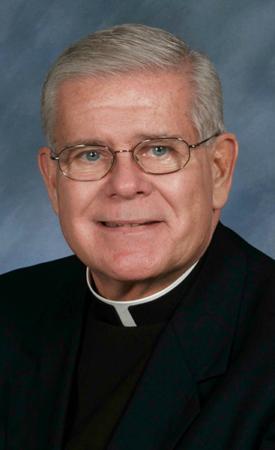 Father Sheehan was born in Brockton on Oct. 13, 1937. He studied at St. John's Seminary in Brighton. Bishop Jeremiah Minihan ordained him to the priesthood at St. Colman Church, Brockton on Feb. 2, 1963.

His ordination class was so large that there were five ordination Masses across the archdiocese: one in St. Ann, Gloucester on Feb. 1; and on Feb. 2, one each at the cathedral; Holy Name, West Roxbury (all five of those ordained were from that one parish); St. Agnes, Arlington; and St. Colman, Brockton. Cardinal Cushing ordained those at St. Ann, Gloucester and the cathedral; Boston's Auxiliary Bishops Eric MacKenzie, Jeremiah Minihan and Thomas Riley ordained respectively at Holy Name; St. Colman, and St. Agnes.

Following ordination Father Sheehan was assigned as parochial vicar at St. John the Baptist, Quincy. During this time, he managed to learn Italian from the many Italo-Americans in the Quincy parish and also attend the New England Conservatory of Music. In 1970, he was assigned as an assistant at St. Mary, Winchester and 13 years later he was assigned as an associate at St. Agatha Parish, Milton. The Milton assignment would be the shortest of his four assignments over his 51 years of active priestly service in the archdiocese.

His next assignment would be the longest of the four and it was as pastor of St. Michael, Bedford. Bernard Cardinal Law appointed him the pastor there and reappointed him two times totaling almost 27 years at the Bedford parish.

During his more than quarter century at Bedford, he saw the parish grow demographically and physically. Many new and young families moved to the Boston suburb. The happy explosion of people meant that parish facilities had to be expanded or constructed. Father Sheehan oversaw the building of a new parish center in 2003 and burned the mortgage before his retirement.

Just last year he celebrated his 50th anniversary of priestly ordination and the outpouring of congratulations and love from the parish overwhelmed him. He has loved the people of the parish and it has been returned more than he could imagine.

In the past few months, Father Sheehan has been experiencing some health issues which required more care and so his resignation was in a certain sense "unexpected." He clearly will miss the family that he has shepherded at Bedford as will the parishioners miss him.

A priest with a heart as great as his voice who readily admits -- "I've been ridiculously happy in what I do since I've been in the seminary. I love the people" -- knows that he is loved as much by them.