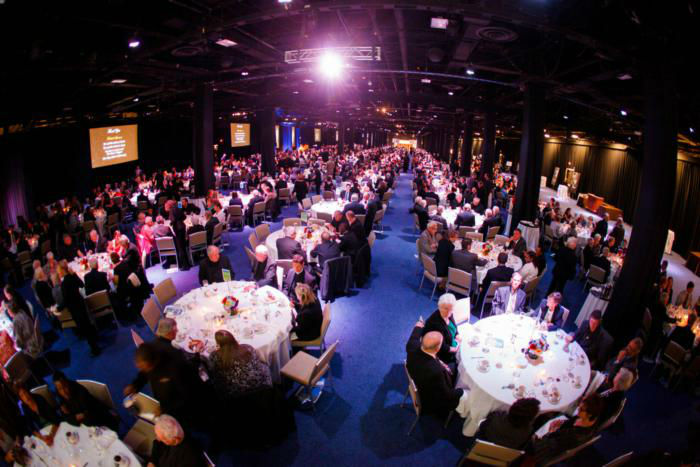 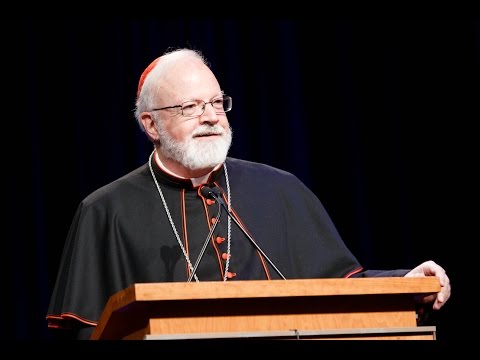 BOSTON -- A record number of supporters and guests gathered at the Archdiocese of Boston's sixth annual Celebration of the Priesthood dinner, Sept. 24, to honor and thank Boston priests for the difference they make in the lives of the faithful through their service.

Held at the Seaport World Trade Center with an attendance of over 1,650 people, the fundraiser brought in more than $1.6 million for the healthcare and well-being of Boston's priests.

Emcee CatholicTV Network president Father Robert Reed introduced the program, which featured priests of all ages throughout the evening.

Newly ordained Father Steven Clemence, the first Brazilian priest of the archdiocese, offered the opening prayer and blessing before dinner, and Msgr. Paul McManus, the longest-serving priest of the Archdiocese of Boston with 72 years in the priesthood, gave the closing benediction that evening.

The archdiocese presented a video in recognition of the service priests give through their ministries, work, and day-to-day lives for Catholic faithful and others.

"I suspect that each of us, myself included, has a priest, perhaps more than one, who was there for us," Father Reed said, after the video.

The video featured personal accounts from Father William Joy, Father Joseph Mazzone, and Father Huy Nguyen in their lives and work as priests.

"Perhaps that priest helped you to feel welcome because the Catholic Church is our home, or he, maybe, never gave up calling you back to Mass and the sacraments. That priest is Christ for you," Father Reed said.

Father Reed said the leadership of John Kaneb, chair of the Clergy Health and Retirement Trust, and his wife Ginny Kaneb as co-chairs for the dinner made the event possible.

"We are deeply grateful for their wisdom, their creativity, and time-honored commitment to caring for Boston's priests," Father Reed said.

In his remarks, Kaneb gave details of the clergy trust and thanked many of its significant donors, including the Flatley family.

"The mission of the trust is healthcare and the financial security of all of our priests active and retired, and we're succeeding," Kaneb said.

When the dinner was first created, Clergy Funds were operating at multi-million dollar annual deficits, but are currently reporting a surplus.

Cardinal Seán P. O'Malley led a tribute to the memory of Mary and Jack Shaughnessy, who were long-time active parishioners and supporters of the Church. The cardinal said their lives of fidelity, generosity and sacrifice brought great happiness to each other, their family, and all those who knew them.

"They did not go to their Creator empty handed, but rather with an abundance of works of charity and mercy that made up so much of their lives," Cardinal O'Malley said.

Cardinal O'Malley presented the Shaughnessys' son, Jack Shaughnessy Jr., with religious icons from Rome, blessed in gratitude to the Shaughnessy family. He also announced that the statue of the Virgin Mary outside the Pastoral Center in Braintree will be dedicated to their memory.

The evening's keynote address was delivered by Vatican journalist and associate editor of the Boston Globe, John L. Allen Jr.

Allen centered his talk on three "gestures" of Pope Francis that captured the imagination of the world and gave insight into the papal personality and his vision of leadership. Allen said the pope laid a kind of groundwork for that vision by taking up residence at the Domus Sanctae Marthae instead of the Apostolic Palace; his visit to Lampedusa, an Italian island which has become a central point of entry to Europe for impoverished migrants where the pope condemned what he called a "globalization of indifference" to the poor; and during a visit to Sts. Elizabeth and Zechariah Parish in Rome, the pope personally heard confessions in a working-class neighborhood.

"At the end of the day, what he wants is that when the outside world looks at the Catholic Church they will see a community of mercy, a community that is not simply committed to mercy at the level of lip service, but that genuinely practices it in terms of its internal life," he said.

Allen said everything Pope Francis does can be understood through three principles.

"If you get a handle on these three things: that is leadership as service, a deeply missionary conception of the Church, and mercy as the spiritual cornerstone, you will be in a position to understand virtually everything you are seeing and hearing from this pope," Allen said.

"We're here tonight to honor so many holy priests, and so many who are striving to become holy priests," he said.

The cardinal noted the recent ordination of nine new priests and the capacity enrollment at St. John's Seminary in Brighton.

"These are signs of great hope for all of us. We are a eucharistic Church, a people gathered around the Eucharist, and we need priests. But, priests also need you, to be able to fulfill their role," he said.

The cardinal noted that priests of Boston serve all over the world -- with a large number deployed as chaplains in time of war.

He also reaffirmed the commitment of the Archdiocese of Boston to the oldest priests.

"We also have a fulsome cohort of senior priests, who are still contributing mightily to the pastoral life of our Church. We are here tonight in a special way to thank them and assure them that the Catholic community will support them as they faces the changes that come with advancing years," he said.

Msgr. McManus, who currently resides at Regina Cleri in Boston, closed the evening with a final prayer.

"This is a real pleasure for me, to come and offer the benediction, for a very pleasant evening, a very important evening, that we all enjoyed. And so, I am grateful now to ask the Lord Himself, God the Father who created us, God the Son who redeemed us, God the Holy Spirit who sanctifies us, may almighty God bless us, the Father, the Son, and the Holy Spirit," Msgr. McManus prayed.