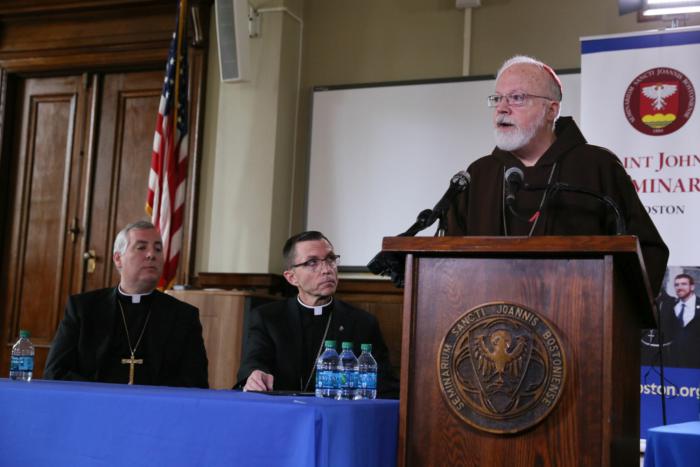 Pope names two auxiliary Bishops for the Archdiocese of Boston

BRAINTREE, MA -- Cardinal Seán P. O'Malley will present the Bishops-elect at a 10:00am press conference in the Medeiros Auditorium at St. John's Seminary in Brighton. CatholicTV will stream live the press conference.

The Holy See announced June 3 that Pope Francis has named Father Robert P. Reed and Father Mark O'Connell, JCD as Auxiliary Bishops of the Archdiocese of Boston. Bishop-elect Reed is President and CEO of iCatholic Media and Cabinet Secretary for Catholic Media. Bishop-elect O'Connell currently serves as Judicial Vicar for the Archdiocese of Boston.