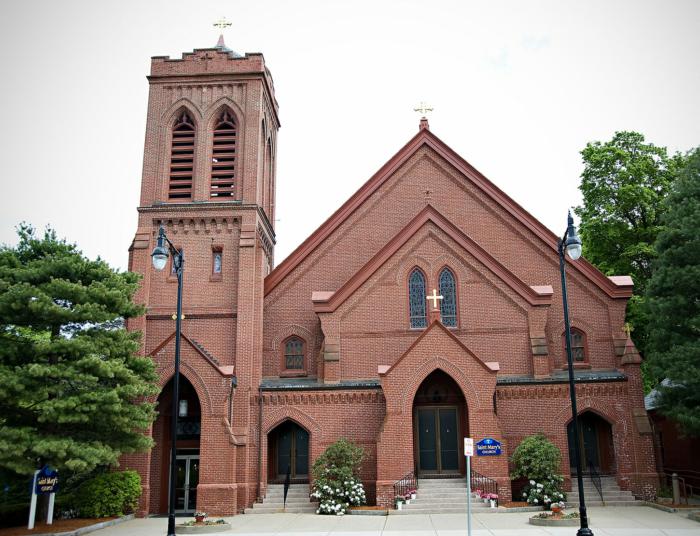 WINCHESTER -- The community of St. Mary Church held a meeting Sept. 20 to discuss matters concerning the parish's finances and personnel that had been made public by a Boston Globe report a few days earlier.

The Boston Globe ran a story Sept. 16 about a past investigation of suspected financial impropriety at St. Mary's and the more recent controversy over the parish's suspension of its youth minister of 23 years, Salvatore "Sal" Caraviello.

According to the Globe, Caraviello wrote to the church staff in August to inquire about the results of the financial investigation. A week later, on Aug. 27, he was placed on administrative leave. The close timing led many to suspect Caraviello was being punished for asking questions. Hundreds of parishioners held a candlelight vigil outside the church Sept. 16 demanding his reinstatement.

Father Richard Erikson, who became the pastor of St. Mary's in April, opened the Sept. 20 meeting with a prayer to Our Lady, Untier of Knots. He then introduced the speakers who had come to talk about the legal and financial aspects of the parish's recent history.

F. Beirne Lovely, Jr., who has served as the archdiocese's in-house general counsel for ten years, began his presentation saying that he has not met Caraviello, and that he would not talk about him that night.

Lovely then recounted the investigation that took place from 2016 to 2017.

According to Lovely, in April 2016 a periodic audit of the previous fiscal year led the archdiocese's internal financial department to suspect impropriety in the handling of St. Mary's finances. The archdiocese identified poor internal controls and received a tip that money was being taken from the collection.

With the vicar general's permission, cameras were installed in the rectory where the collection money was counted. This, Lovely said, is what the archdiocese has historically done when there is a "credible assertion" of collection theft in a church.

The cameras remained in place from May through October and their footage was reviewed periodically. On tape, it seemed "very evident" that one of the counters was pocketing some of the money from the collection, Lovely said.

The situation was reported to the Winchester Police, who requested that the parish take no action. For reasons unknown to the parish and archdiocese, the police thought it "appropriate" to involve the FBI in the investigation, which continued until 2017.

Lovely said that through interviews with members of the parish administration, it was discovered that a previous administrator had allowed collection counters, who were not parishioners, to keep some of the money they collected as compensation for this service.

Eventually, Lovely said, the FBI and the Winchester Police each decided there was "no basis for proceeding against" those suspected of theft.

Because no charges were filed, he said, the investigation and its results were not made public to avoid people making their own "associations and conclusions" and potentially tarnishing the reputations of innocent people.

Lovely also said the fact that Caraviello had raised questions about the investigation had nothing to do with the personnel issue that prompted his administrative leave.

Michael Fitzmaurice, St. Mary's director of operations and finance, then spoke about the parish's current financial practices and procedures. Fitzmaurice noted he has only officially held his position since February, after the 2016-2017 investigation took place.

He described the internal controls that were implemented in March 2017 to increase security. Every collection bag is tamperproof, and there are always at least two people present when the money is being placed in the bag, deposited in the safe, and delivered to the bank. Eight unpaid volunteers rotate in counting the money.

Fitzmaurice called it a "transparent process," and invited parishioners to take part in the volunteer rotation.

"I don't want you to think for one minute that we don't take your money seriously," he said.

He added that he was present when the money from the previous Sunday's collection was counted and said he was saddened to see many people had turned in empty envelopes, apparently in protest of Caraviello's treatment.

Fitzmaurice called it "heartbreaking" and listed some of the expenses that the collection funds, such as maintaining the parish's buildings and grounds.

When Father Erikson opened the floor to questions, many expressed anger, indignation, and disappointment in the parish's and archdiocese's leadership.

In response to parishioners' questions, Father Erikson said he was given an opportunity to be briefed on the details of the 2016-2017 investigation when he came to the parish earlier this year. He had chosen not to know, he said, because he did not want to have knowledge that he could not share with his new colleagues, with whom he wanted to build up trust.

Father Erikson and Lovely both said that Father Erikson remained unaware of the details of the investigation until the Boston Globe reported the story, after which Lovely fully briefed him.

This prompted a strong response from parishioner Franca Richard, who addressed her comment to the "representatives of the archdiocese."

"Do you see the walls that you're building? You talk about transparency, but you bring a pastor in here who doesn't want to learn about our past because he won't then be allowed to share it with us, because he's not allowed to speak," Richard said.

"Don't tell us about transparency when you're building walls, when you're making it impossible for your pastors to speak to their parishioners. All we want is for you to be honest with us," she said.

Parishioner Nick Gagalis also spoke during the question and answer session to express his trust in the archdiocese with regard to the financial problems, but called for more transparency, not only from the archdiocese, but from the entire Church.

Speaking to the Pilot after the meeting, Gagalis said he was glad it took place, but that the parishioners feel slighted by their leadership.

He said that Jesus had to give signs, such as turning water into wine and walking on water, to demonstrate his authenticity.

"We need a real-world example of something they can do to truly show they're listening, they care, and they want to be the transparent people that they are claiming to be. And it's a simple solution, and that's reinstating Sal Caraviello to his position," Gagalis said. 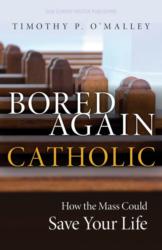