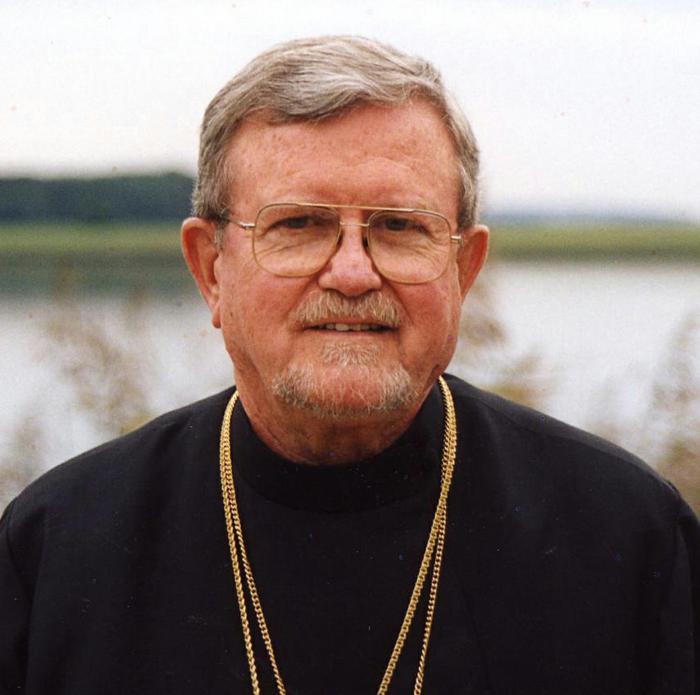 To state that Jesuit Father Robert F. Taft was known around the world would not be an exaggeration. From his early life as a Jesuit, he looked east and with support of the society he went east. An internationally acknowledged scholar of Eastern Christianity, especially its liturgy and liturgical history, he was greatly respected for his prodigious output of books and articles; he was admired as a teacher at Rome's Pontifical Oriental Institute (more than three decades) and at the University of Notre Dame in Indiana. His interest and love for all things "eastern" made him a key figure in ecumenical activity, especially between the western and eastern churches. Among those who studied at the Orientalum while he was a student there was the present Ecumenical Patriarch of Constantinople, Bartholomew I.

Born in Providence on Jan. 9, 1932, a son of the late James and Katherine (McGrath) Taft, he came from a family distantly related to the Ohio Tafts, a well known political family, making him a cousin of the 37th president and 10th chief justice of the Supreme Court of the United States, William H. Taft.

He entered the Jesuits New England Province and, following his initial college and theological studies, he spent three years at the Jesuit School in Baghdad. He studied Russian at Fordham University and on June 7, 1963, was ordained a priest of the Russian Catholic Church.

Following more graduate work at the Oriental Institute, he became a member of its faculty in 1975 and in the years leading up to his retirement in 2008 he published widely on liturgical and ecumenical topics, trying to bring his deep love of "all things Eastern" to the attention of the West.

Known for his erudition and travels, he was above all a man of prayer and he was "liturgically formed" by his study and teaching. His students appreciated his demanding classes; his wit and dry sense of humor; reporters and interviewers relished his "shoot from the lip" style. It made excellent copy; and he made excellent use of the opportunity to teach even through his conversations.

In admiration of his outstanding work on behalf of Eastern Christianity and ecumenism, he was named an archimandrite of the Ukrainian Catholic Church. This permitted him the right to use the insignia of an Eastern Catholic Bishop when at liturgical celebrations; and as "Taftie" used to brag with a twinkle in his eyes "at other times to wear two pectoral crosses".

Father Taft died on Nov. 2 at Weston Jesuit community where 60 years ago he had studied and where he had lived for the past several years.

His Funeral Mass was to be celebrated on Nov. 12 at Holy Spirit Chapel, Weston. No doubt the choice of the day would delight him. It is the memorial of St. Josaphat Kuntsevych, bishop and martyr, the first canonized Eastern Catholic to have a feast day on the General Roman Calendar.

Father Taft was buried in the Jesuit Cemetery, Weston.