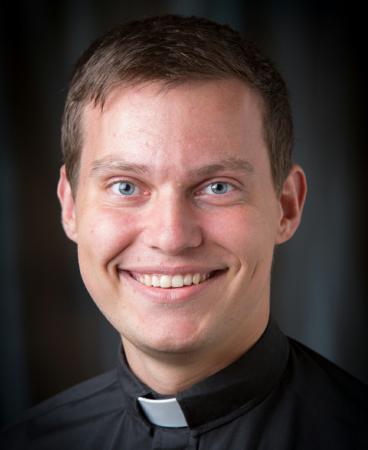 [This is the fourth in a series of articles profiling each of the 13 men who will be ordained to the priesthood on May 18.]

BRIGHTON -- When Deacon Mark Olejnik was four years old, there was a tornado warning in South Boston. He and his twin brother cried hysterically as the lights went out. To calm them down, their grandmother taught them to kneel, fold their hands, and pray the Guardian Angel prayer.

That, Deacon Olejnik told the Pilot, is his first memory of prayer. He credited his grandmother, "one of the biggest spiritual role models in my family," with teaching him how to pray. He said she and the rest of his family were "supportive" when he announced his decision to pursue the priesthood.

Most of Deacon Olejnik's family came to the United States from Poland in the 1980s. He was born in Brighton and baptized at Our Lady of Czestochowa Parish in South Boston. He grew up attending Polish parishes, and his father took him on pilgrimages to shrines.

However, he said, his faith "was not central" to his life, but rather something he practiced because his parents did it.

"I was more concerned with studying and being with my friends, my school and going to a good college," he said.

Deacon Olejnik attended Boston College, thinking he would become a dentist. As an undergraduate, he was required to study theology, which made him delve deeper into matters of faith and wrestle with questions about morality and purpose.

One of his classes in theology and philosophy required 10 hours of volunteer service each week. Deacon Olejnik filled this requirement by tutoring in math and English at Bunker Hill Community College in Chelsea. He said this experience allowed him to see the reality of poor people's suffering. He recalled how one Jesuit teacher told his class, "If you really want to know who God is, you'll find him in the poor."

He learned about Oscar Romero, archbishop of San Salvador, from the Jesuits at BC. Now a canonized saint, at the time Romero had the title of Venerable.

"I had so much respect for Oscar Romero because he had such a great love for God and his people," Deacon Olejnik said.

When Archbishop Romero's people were being tortured and churches were being desecrated, "This bishop had the courage to say what the truth was and tried to inspire people committing these atrocities. He wanted to inspire them to conversion, with great love and gentleness," Deacon Olejnik said.

After graduating from college, Deacon Olejnik watched a video of Romero's funeral online. Bombs had exploded and snipers had shot into the crowd of 200,000 people. Watching this footage, Deacon Olejnik wept and asked God how there could be such evil in the world.

Later that day, he opened his Bible to the gospel of Matthew and was struck by Matthew 9:36, which says Jesus had compassion for the crowd because they were "like sheep without a shepherd."

"I was reflecting on my experience earlier in the day, just looking at the crowds through the lens of Jesus, how they were like sheep without a shepherd," Deacon Olejnik said.

In the following verses, Matthew 9:37-38, Jesus says, "The harvest is abundant but the laborers are few; so ask the master of the harvest to send out laborers for his harvest." It was when he read that, Deacon Olejnik said, that he first considered becoming a priest.

During his time in the seminary, he has been inspired by devotion to St. John Bosco, who said, "On the wings of confession and Communion we can fly to heaven." Deacon Olejnik said he has grown in appreciation for both sacraments and looks forward to being able to celebrate Mass and hear confessions, "to be God's instrument, to bring God's grace to people, and to help them fly to heaven through these sacraments." 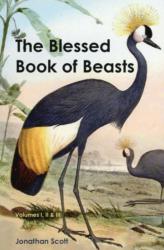