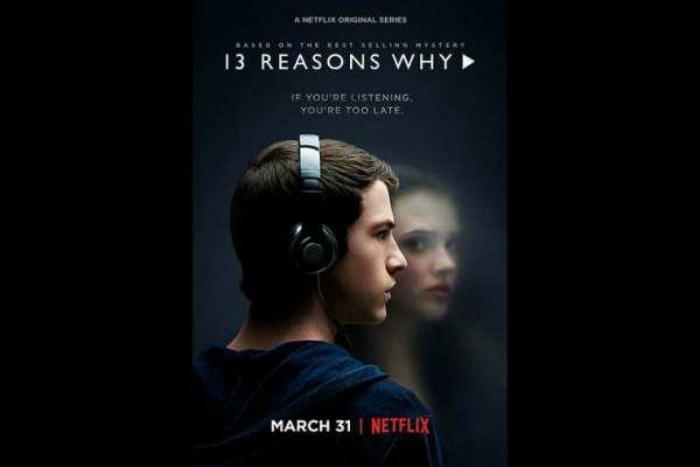 Denver, Colo., Jul 16, 2019 CNA.- Shortly before launching the third season of 13 Reasons Why, Netflix has announced that it is removing a scene depicting a graphic teen suicide from the show’s first season.

“We’ve heard from many young people that 13 Reasons Why encouraged them to start conversations about difficult issues like depression and suicide and get help - often for the first time,” Netflix said in a July 16 statement.

“As we prepare to launch Season 3 later this summer, we’ve been mindful about the ongoing debate around the show. So on the advice of medical experts, including Dr. Christine Moutier, Chief Medical Officer at the American Foundation for Suicide Prevention, we’ve decided with creator Brian Yorkey and the producers of 13 Reasons Why to edit the scene in which Hannah takes her own life from Season 1.”

The move comes more than two years after the release of the show’s first season, which concludes with a controversial explicit scene showing the suicide of the main character. While the suicide still takes places in the show’s final episode, it is no longer shown.

Mental health experts had warned when the show initially launched that the graphic suicide depiction could result in suicide contagion, or “copycat” suicides.

According to a study published earlier this year in the Journal of the American Academy of Child and Adolescent Psychiatry, there was a 28.9% increase in suicide rates in U.S. males ages 10-17 in the month (April 2017) following the debut of the show, although it was not possible to determine to what extent, if any, the increase was due to the show.

“The number of deaths by suicide recorded in April 2017 was greater than the number seen in any single month during the five-year period examined by the researchers,” the National Institute of Mental Health (NIMH) reported. Increases in suicide rates among youth were also found in the month leading up to the shows release, and through December 2017, nine months after its release.

“The findings highlight the necessity of using best practices when portraying suicide in popular entertainment and in the media,” NIMH stated in apress release on the study.

John Ackerman, PhD, a member of the American Association of Suicidology’s communications committee, praised Netflix for its decision to edit the controversial scene.

“Partnering with the media to help them portray suicide accurately and in a way that provides hope and resources for those impacted by experiences related to suicide can make a positive difference,” he said in a July 16 statement.

“There is more work to be done throughout the entertainment industry, but it is an encouraging step to see a high profile show making changes for the safety of viewers. We hope even more research and more media collaboration results from this decision.”

Released on Netflix in 2017, 13 Reasons Why became an instant hit. Based on the 2007 young adult novel by the same name, the show follows the story of Hannah Baker, a troubled 17-year-old who takes her own life.

Instead of leaving the typical note, Hannah leaves 13 cassette tapes, explaining the 13 reasons why she took her life - and each of these “reasons” is a person, who either did something to Hannah, or didn’t do enough, according to her.

The show quickly drew a mixed response - praise for opening up discussions on subjects like bullying, sexual assault, and suicide, as well as criticism for its failure to explicitly address mental illness and its role in suicide.

Creators of the show insisted that it was intended to be helpful in starting important discussions and helping teen viewers realize the silent suffering that their friends and acquaintances may be undergoing, as well as portraying the devastating impact of suicide on those around them.

But mental health experts warned when the show launched that the graphic depiction of Hannah’s suicide violated several of the “Recommendations for Reporting on Suicide,” a list of guidelines for media outlets developed by suicide prevention experts and journalists.

Dr. Jim Langley, a Catholic psychologist with St. Raphael Counseling in Denver,warned that Hannah’s suicide in the show is romanticized in a way that could leave the wrong impression on vulnerable teens.

At the same time, he cautioned, the story fails to adequately address the impact mental health played in Hannah’s decision to end her life.

Critics also noted that the adults in the show are mostly portrayed as responding to Hannah’s struggles in an inadequate and unhelpful manner. Hannah’s parents, while loving, are largely absent and unaware of their daughter’s suffering and negative experiences at school. The school counselor does not effectively respond to Hannah’s thoughts of suicide.

These depictions could prevent young people from approaching adults with their concerns, believing that they will only be ignored, experts warned.

Catholic psychologists and youth ministers have urged caution in watching the show, particularly for vulnerable teens or those who may not be well-formed.

If you think you or a friend are struggling with suicidal thoughts, ask for help from someone you can trust and/or call the National Suicide Prevention Lifeline at 1-800-273-8255 (available 24 hours everyday). For Catholic counseling, contact your local priest, diocese or your local branch ofCatholic Charities.