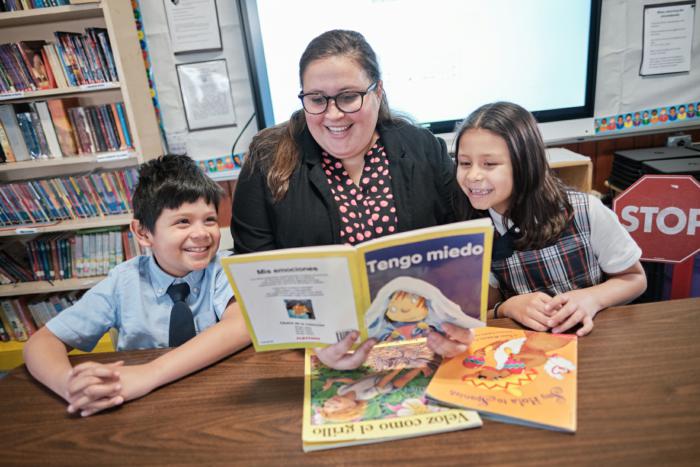 The Archdiocese of Boston Catholic Schools Office (CSO), as part of its focus on enrollment and family engagement, is entering its second year of providing full scholarships for Catholic school faculty and staff to enroll in the intensive summer Language Schools at Middlebury College, located in Middlebury, Vermont.

While Middlebury College offers 11 summer Language Schools, the CSO is funding the Spanish or Portuguese Language Schools for faculty and staff currently employed at Catholic schools. During the seven-week, immersive program, students make substantial progress in language proficiency, generally equivalent to at least one year of rigorous undergraduate study.

"We want our schools to be as welcoming as possible to families from diverse cultures. Having teachers and others who can speak the languages spoken by our parents can help make them feel more welcome" said Superintendent of Archdiocese of Boston Catholic Schools Thomas Carroll.

Last year, the Catholic Schools Office sent one teacher to Middlebury College as part of a pilot program. Marybeth Forina, a third-grade teacher at East Boston Central Catholic School, was selected. Forina, who took Italian in high school, did not speak any Spanish prior to participating in the program.

"I went in having no prior knowledge of Spanish other than a few weeks of practicing on the app Duolingo. By the end of the program, I could speak in full conversations without having to prepare my thoughts. The Language Pledge is what really helped me. You take a pledge to only speak Spanish, 100 percent of the time, so you're fully immersed," she said.

When a teacher agrees to participate in the program under a CSO scholarship, he or she also makes a commitment to assist their school with enrollment efforts during the following school year.

Marybeth has relished the opportunity to become more involved in the school community.

"Now that I have more knowledge of Spanish, I can converse with parents better. I also work in the afterschool program and Spanish is helpful when speaking with parents, grandparents, or others who are coming to pick up students," she said.

"She has already run a very successful multicultural night for more than 100 guests. Our auditorium was full of families from various cultures, each of whom brought a dish to represent their native country," Casaletto said.

Marybeth, who finished first in her class at Middlebury College, will be attending a higher level of the Spanish Language School in Summer 2020 to strengthen her language skills and to act as a mentor to new students.

The CSO is currently accepting applications for the Summer 2020 program. Catholic school faculty or staff members who are interested in applying to the program under a CSO scholarship can visit www.csoboston.org/language for more information.