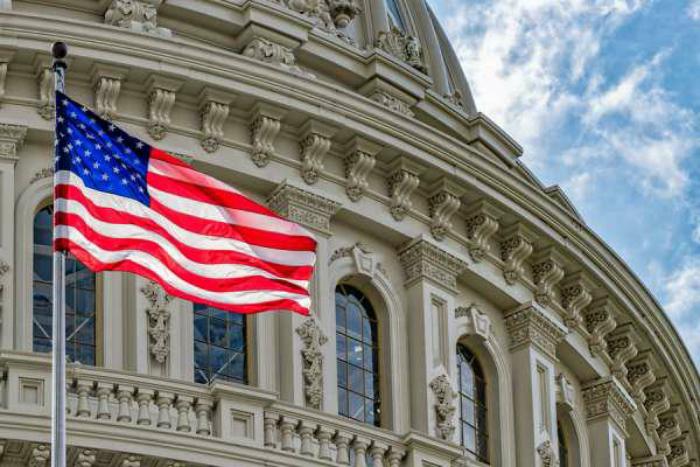 On Tuesday, 197 House Republicans sent a letter to House and Senate leaders of both parties, in support of the Hyde Amendment and other pro-life “riders” that are attached to federal budget bills and which prohibit funding of abortions.

“We write to express our unified opposition to Congressional Democrats’ efforts to repeal the Hyde Amendment and other current-law, pro-life appropriations provisions,” the letter stated, which was led by House Minority Whip Steve Scalise (R-La.) and Rep. Jim Banks (R-Ind.), chair of the Republican Study Committee.

The provisions in question “generally prevent the federal government from using taxpayer dollars to support abortion procedures,” the members wrote. “Repealing these pro-life provisions would destroy nearly half a century of bipartisan consensus.”

The Hyde Amendment, enacted into law each year since 1976 as part of budget legislation, prohibits federal funding of abortions in Medicaid. Members of both parties—including former Senator Joe Biden—have voted for appropriations bills that included Hyde provisions.

Democrats in recent years have stated their intent to repeal the policy. The 2016 Democratic Party platform called for its repeal, and in 2019 some Democratic members made a last-minute unsuccessful attempt to repeal the Hyde Amendment in an appropriations bill.

During the 2020 presidential campaign, President Joe Biden reversed his long-standing support for the Hyde Amendment, and Speaker Nancy Pelosi (D-Calif.) said in August that she intended not to include the policy in FY 2022 appropriations bills.

In the senate, meanwhile, Sen. Joe Manchin (D-W.Va.) has vocally supported the Hyde Amendment. Pro-life groups have turned their focus to the moderate senator as a possible vote to oppose pro-abortion policies in the next two years.

With Democrats holding power in Washington, @markironsmedia asks House Minority Leader Kevin McCarthy, @GOPLeader, about the future of the Hyde Amendment. It prevents taxpayer money from funding abortions. McCarthy says both parties have supported it for decades. pic.twitter.com/zFfnVWfzx2

In their letter on Tuesday, the Republican members stated that Hyde is estimated to have resulted in more than two million fewer abortions since 1976, “and continues to protect the conscience rights of a vast majority of Americans opposed to publicly funded abortions.”

In the years after the Supreme Court’s 1973 Roe v. Wade decision that legalized abortion nationwide, members in Congress fought over whether and to what extent legal abortions should be publicly funded. In 1977, the federal government shut down three times over debates on abortion funding.

The Hyde Amendment had just been enacted in 1976, named after former Congressman Henry Hyde (R-Ill.), and has been passed into law each year as a rider to appropriations bills.

Over the years, provisions similar to Hyde have been included in other congressional funding bills. Such provisions haveprohibited funding of abortions at the Defense Department, in health plans for federal employees, in federal prisons, and in the District of Columbia.

Existing pro-life provisions could be at stake in the new Congress, and pro-life groups are expecting that the next COVID relief bill might not have language expressly prohibiting funding of abortions, abortion providers, and abortion coverage.