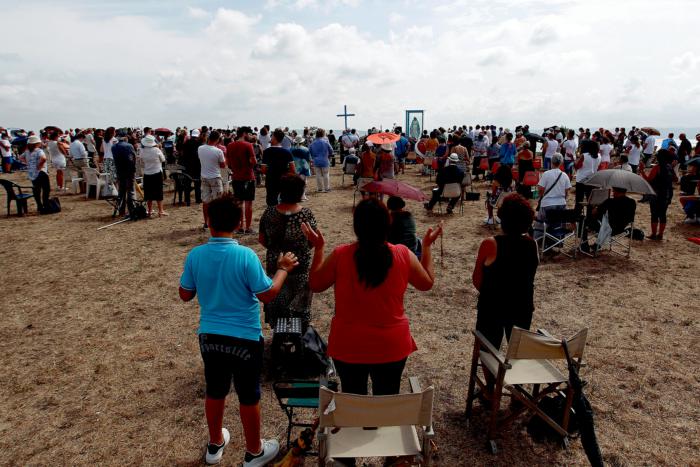 Pilgrims gather in Trevignano Romano, Italy, Aug. 3, 2020, for an alleged apparition of Mary to Gisella Cardia, who claims Mary appears to her on the third of every month. CNS photo/Robert Duncan

Is seeing believing? How the Church faces claims of Marian apparitions

Gaining the Church's approval can take a long time; visionaries and witnesses must be questioned, and the fruits of the apparitions -- such as conversions, miracles and healings -- must be examined. The Church may even wait more than 100 years before judging an apparition as being "worthy of belief."

The bishop also said that while he was pleased to let the pilgrims use a Church for their recitation of the rosary, he would be happier if more of the pilgrims came to Sunday Mass. "It would be a completion -- not just saying, 'We are a group that requests a meeting place,' but 'We are children of God who want to sit at the table with our other brothers and sisters.'"

Asked about that prediction, Bishop Rossi said: "One would have a 50 percent chance of guessing correctly."