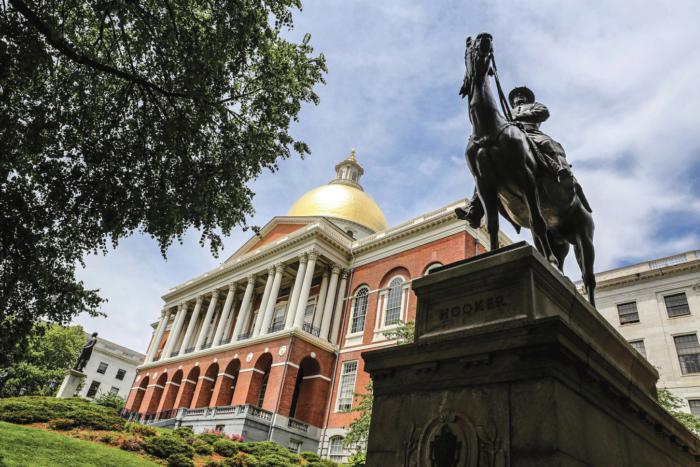 BOSTON -- The Catholic bishops of Massachusetts are voicing opposition to the state legislature's efforts to push forward several key elements of the controversial ROE Act in the form of a budget amendment.

The Massachusetts House of Representatives passed Amendment 759 as part of their fiscal year budget on Nov. 12. This amendment removes and modifies some aspects of the ROE Act, an Act to Remove Obstacles and Expand Abortion Access, which is still in committee. However, the amendment would still change existing abortion law in many ways.

On Nov. 11, the Massachusetts Catholic Conference released a statement urging the House of Representatives not to pass Amendment 759. It was signed by Cardinal Seán P. O'Malley of the Archdiocese of Boston, Bishop Edgar M. da Cunha, SDV, of the Diocese of Fall River and Bishop Robert J. McManus of the Diocese of Worcester. Bishop McManus has also been serving as the apostolic administrator of the Diocese of Springfield since Bishop Mitchell T. Rozanski was named Archbishop of St. Louis this summer.

"While we acknowledge the amendment addresses some concerns that were raised about the deeply troubling provisions of the ROE legislation, the fact remains that abortion would remain an option under certain circumstances for the full term of the pregnancy. That fact alone is in direct conflict with Catholic teaching and must be opposed," the bishops said in their letter.

The Senate was expected to pass similar legislation the following week as the budget debate moved there from the House. The bishops released another letter on Nov. 16 urging the Senate not to pass Amendment 180, which "closely mirrors" House Amendment 759.

"We are concerned that the amendment, if enacted, would expand abortion access in the Commonwealth well beyond what is currently in state law. We are also concerned that the amendment is an effort to expand abortion in Massachusetts by taking advantage of the process of approving a budget for the Commonwealth," the bishops said.

In the Archdiocese of Boston, Cardinal O'Malley sent a letter about House Amendment 759 to pastors and administrators of Catholic parishes to be shared with parishioners at Masses held during the weekend of Nov. 14-15.

In his letter, Cardinal O'Malley said that "several aspects" of the amendment are "completely unacceptable." He encouraged the faithful to call their senators and urge them to vote no on any amendment that would expand abortion in Massachusetts.

If put into effect, the latest version of the proposed legislation would allow abortion at any point during pregnancy in cases of lethal fetal anomalies.

One provision in Amendment 759 that was not seen in the ROE Act is that not only physicians but also physician assistants, nurse practitioners, and nurse midwives would be permitted to perform abortions before 24 weeks gestation.

The ROE Act also would have eliminated the requirement that a child who survives an attempted abortion must receive medical care. Although the budget amendments would require life-saving equipment to be in the room, the nuanced language of the amendments would not require physicians actually use such equipment if an abortion fails and results in a live birth.

The bishops are not alone in their opposition. Over 300 pastors of different Massachusetts faith communities signed a letter dated Nov. 10 asking that Gov. Charlie Baker veto the new abortion measure if it should reach his desk.

"The killing of a human being is not healthcare. Healthcare involves medical, physical, and psychological treatment and services that sustain and improve life, not extinguish it," the pastors argued.

They pointed out that over 18,000 abortions were performed in Massachusetts in 2019 and asked, "How much more 'accessible' does the murder of unborn children need to be?"

"Abortion ends the life of a human child and puts the physical, mental, and emotional health of women, most especially young women, at risk. On behalf of women and babies across the Commonwealth, we petition you to veto this bill, should it come to your desk," the faith leaders said.

Contact information for senators can be found by visiting the Massachusetts Catholic Conference website at www.macatholic.org or by calling 617-746-5630.