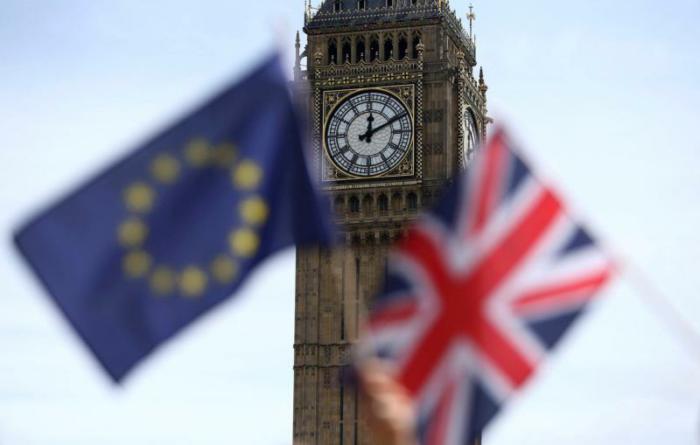 MANCHESTER, England (CNS) -- Priests in England and Wales are being urged to remind Catholic parishioners from European Union countries to register for a post-Brexit "settlement scheme" or risk repatriation.

The United Kingdom left the EU Jan. 31 following a June 2016 referendum on membership of the now 27-member bloc.

Although the exit agreement will not be finalized before the end of 2020 at the earliest, the U.K. government has stated that all residents from EU countries must sign the EU Settlement Scheme by June 30, 2021, if they wish to remain in the U.K. Irish nationals are exempt from the scheme.

Auxiliary Bishop Paul McAleenan of Westminster wrote to fellow bishops to express concern that about a quarter of the 3.6 million EU nationals living in the U.K. "have not yet made an application, leaving them at risk of losing their right to live, work and access services here."

"We are particularly concerned about older and vulnerable people who may struggle to navigate the process, require assistance with the online application or not even know that their status is at risk," said Bishop McAleenan, lead bishop for migration and asylum of the Bishops' Conference of England and Wales.

"In many cases their main point of contact with society will be through the church," he said, inviting the bishops to raise awareness about the scheme by encouraging all parishes to place items in their newsletters.

The items should ask Catholics to bring the application to the attention of their European friends, family members and work colleagues, and it provides information about how it can be accessed.

Bishop McAleenan added: "The Catholic Church in England and Wales stands in solidarity with all European citizens who have made their homes here. They are a valued part of our parishes, schools and communities."

His letter was dated Feb. 6 but was only published Feb. 20 on the website of the bishops' conference.

Poles constitute the largest group of EU migrants to the United Kingdom, and the majority of them are Catholics. Large numbers have also migrated from Romania and Bulgaria.

The British government has consistently maintained the position that all EU migrants living and working in Britain before the official departure date of Jan. 31 will be allowed to stay if they register.

The government hopes the EU will accord the same rights to British citizens who have moved to Europe, including more than 200,000 people who have migrated to Spain, often with the intention of spending their retirement there.

After free movement between the U.K. and the EU ends Dec. 31, EU citizens will require a visa if they wish to move to the U.K., and low-skilled workers will find it difficult to obtain them as the British government moves to end the reliance of U.K. firms on cheap foreign labor.