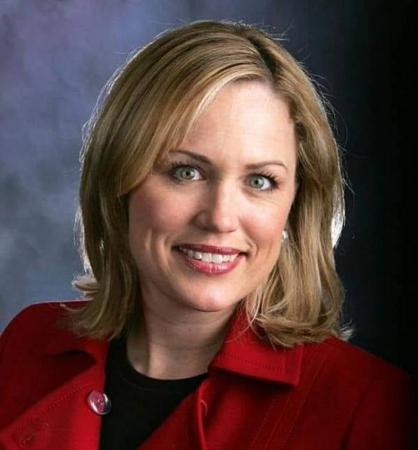 She brought energy and dedication to the Archdiocese of Boston's communications efforts when she was the secretary for public relations and communications of the archdiocese from 2001 to 2003. She was also the face of the archdiocese during some of the most difficult years of its more than 200 years of existence. Donna M. Morrissey died of complications of COVID-19 at Beth Israel Deaconess Medical Center, Boston, on May 22, 2020. She was 51 years old.

"The Archdiocese extends condolences and prayers to the family of Donna Morrissey upon learning of her death from COVID-19. Donna was a woman strong in her faith, kind, and committed to helping people in times of need. She will be missed. We pray for the repose of her soul and ask God's blessing for the comfort of her family and friends," the archdiocese said in a statement on her passing.

Her communications career spanned the three decades since her graduation from Boston College, beginning with early jobs at local television stations, first at WCVB and then as assignment editor at WBZ. She was vice president for Regan Communications -- all before she was 30.

When hired as secretary for public relations and communications for the archdiocese in 2001, she became the youngest member of the cardinal's administrative cabinet.

That she had a "baptism of fire" during those years would be an understatement. The clergy sex abuse crisis brought almost daily revelations about abuse cases, some relatively recent and some decades old, and it was Donna's task to face the media in response. She did this with evident sensitivity; a personal struggle to grasp the enormity of the impact on the lives of victims and the faithful; and to explain what was often truly inexplicable.

Since 2003, she has been the face of the American Red Cross, initially on local matters and, most recently, as director of national partnerships. She appealed for blood donors; appeared at fundraisers; and worked to bring the vital work of the Red Cross to the public's attention.

As many have said: "She never hesitated to do whatever she could to help those in need during their most devastating moments."

Donna is survived by her mother Carol, of Newton; her siblings, sisters: Caitlin and Johanna, both of Brookline; and Meghan, Brighton; and brothers: William, La Jolla, Calif.; Francis, Milton; and John, Hingham. In addition to her father William, she was predeceased by an aunt, Sister Rita (Avellino) Morrissey, CSJ, who died in 2012.

Donna's funeral Mass was celebrated at the Cathedral of the Holy Cross on May 28, 2020. Private burial services followed the funeral Mass.