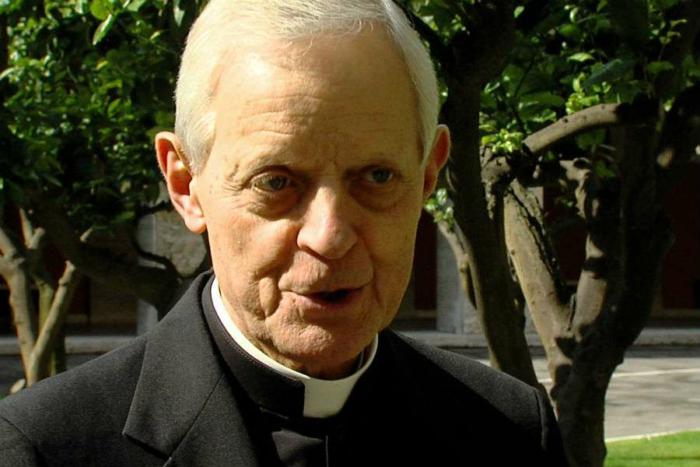 Washington D.C., Aug 14, 2018 CNA.- Cardinal Donald Wuerl, Archbishop of Washington, D.C., and the former Bishop of Pittsburgh, has been named more than 200 times in a Pennsylvania grand jury report, released Aug. 14, after an 18-month investigation into historic allegations of sexual abuse in six Pennsylvania Catholic dioceses.

The cardinal released a statement in response to the report, underscoring the gravity of the sexual abuse for the Church and the real need for repentance for past failures.

“As I have made clear throughout my more than 30 years as a bishop, the sexual abuse of children by some members of the Catholic Church is a terrible tragedy, and the Church can never express enough our deep sorrow and contrition for the abuse, and for the failure to respond promptly and completely,” the cardinal said.

In total, 99 priest from Pittsburgh were named in the report, 32 priests were referenced by the grand jury report in relation to Cardinal Wuerl’s time as bishop. Of these, 19 involved new cases or allegations which arose during his 18 years in charge of the diocese, during the years 1988-2006.

Of the 19 cases which arose during Wuerl’s time as bishop, 18 were removed from ministry immediately. The other cases Wuerl addressed in Pittsburgh principally concerned actions and allegations that arose during the reign of his predecessor, Cardinal Anthony Bevilacqua.

Several of these cases inherited from Cardinal Bevilacqua’s time were subject to the report’s most stringent criticisms.

In one case, an abuser-priest left the Diocese of Pittsburgh in 1966, following allegations of abuse. He was allowed to seek ministry in dioceses in California and Nevada. The report says Wuerl authorized him to move from Los Angeles to the diocese of Reno-Las Vegas in 1991, but sources familiar with the Pittsburgh case said that Wuerl was unaware of the 1966 allegations at the time.

A further allegation, concerning past actions by the same priest, was made in 1994 at which time Wuerl immediately informed the dioceses where the priest had been living.

In another case highlighted by the report, Wuerl agreed to a settlement with an abuse victim in his first weeks as bishop of Pittsburgh in 1988. The victim received a total of $900,000 and signed a confidentiality agreement - such agreements were once common in settlements and have been heavily criticized as a means of silencing victims.

While acknowledging that the report contained specific criticisms of his time in Pittsburgh, Wuerl defended his record of handling sexual abuse allegations.

“While I understand this report may be critical of some of my actions, I believe the report confirms that I acted with diligence, with concern for the victims and to prevent future acts of abuse. I sincerely hope that a just assessment of my actions, past and present, and my continuing commitment to the protection of children will dispel any notions otherwise made by this report.”

The report also specifically criticized Wuerl for maintaining financial support for priests who had been removed from ministry, although providing that support is a canonical obligation for bishops. Many dioceses, including those covered by the report, have found themselves obligated to continue providing minimum benefits and support for priests.

Sources close to the cardinal also point out that the grand jury report does not distinguish between proven incidents of abuse and other allegations, saying that the report presumes that any priest accused of abuse should have been permanently removed from ministry, whether the allegation is proven or not. That assumption, they say, is not consistent with canonical norms on the subject.

As the most senior sitting bishop to be named in the report, and having served for so long as the head of a diocese as prominent as Pittsburgh, it was widely expected that Wuerl would be singled out for special attention by the report, and by the state’s Attorney General, Josh Shapiro.

Perhaps the most eye-catching allegation against Wuerl contained in the more than 1,000 pages released is the use of the phrase “circle of secrecy.” These words, the report claims, “were his own words for the church’s child sex abuse cover up.” This allegation is vehemently denied by both the diocese of Pittsburgh and the cardinal.

In an official response released with the report, the Diocese of Pittsburgh said that the phrase “circle of secrecy” appears in paperwork related to the request of a particular priest to return to ministry, and that it was used to make clear that there could be no “circle of secrecy” about the priest’s past problems. The diocese also says that the handwriting in which the phrase is written cannot be definitively attributed to anyone, including Wuerl.

Ed McFadden, spokesman for the cardinal, said that “the handwriting does not belong to then-Bishop Wuerl as the writers of the Report mistakenly assumed. Indeed, the cardinal confirmed the handwriting is not his, and confirmed he neither wrote nor used the phrase while serving as Bishop of Pittsburgh. When the Cardinal’s legal counsel informed the Pennsylvania Attorney General’s Office about this error – prior to the release of the report – the Attorney General and his Senior Deputy refused to acknowledge the mistake and refused to take any steps to correct the dramatic use and misattribution of the phrase in the report.”

McFadden called the report’s attribution of the phrase “another example that in factual ways, large and small, the Attorney General’s office was more concerned with getting this report out than getting it right. Such a focus detracts from the shared goals of protection and healing.”

In a letter sent to the priests of the Washington archdiocese on Aug. 13, Wuerl wrote that he was shocked at having to confront allegations of abuse almost from the beginning of his ministry in Pittsburgh.

“I cannot fully express the dismay and anger I felt, when as a newly installed Bishop of Pittsburgh in 1988, I learned about the abuse some survivors experienced in my diocese,” he said.

The cardinal said that the experience of meeting with victims of abuse “urged me to develop quickly a “zero tolerance” policy for clergy who committed such abuse,” and that he put in place procedures to ensure allegations were addressed “fairly and forthrightly.”

In his written testimony to the grand jury, Wuerl recounted that in his first months as Bishop of Pittsburgh he had to meet with two brothers who had been victims of abuse. Wuerl said he was profoundly affected by the experience and came away with “a permanent resolve that this should never happen again.”

In 1989, Wuerl established a diocesan committee to evaluate policies for responding to abuse allegations. This committee grew to become the Diocesan Review Board, nearly a decade before the Dallas Charter called for every diocese to have such a body.

In his letter to the priests of Washington, he said that he had tried to live up to his own zero-tolerance standards.

What constitutes “appropriate action” is something that has changed in the years since the sexual abuse crisis at the turn of the millennium and the formation of the Dallas Charter by the United States bishops.

As Bishop of Pittsburgh, Wuerl says he implemented of a policy that formally encouraged Catholics making complaints to also report them directly to law enforcement agencies, and sometimes informed civil authorities himself, even against the express wishes of the person making the allegations.

Of the 19 priests whose original allegations were handled by Wuerl, 18 were immediately removed from pastoral assignments and a kept away from any further contact with children.

But, when allegations could not be satisfactorily established, many of these were given administrative positions in the diocesan chancery, something which would be considered inappropriate under current standards. Unlike the worst examples of earlier abuse cases in dioceses like Boston and Los Angeles, Wuerl is adamant that he never moved an accused or suspected abuser from parish to parish, or left them in parish ministry.

Indeed, from his first year in Pittsburgh, Wuerl acted publicly on issues related to clerical sexual abuse, even in the face of Church opposition.

In 1988, the year he arrived in Pittsburgh, Wuerl removed Fr. Anthony Cipolla from ministry following accusations the priest had molested a teenage boy. Following appeals by Cipolla, the Vatican ordered that the priest be returned to ministry but Wuerl categorically refused, flying to Rome and presenting evidence and arguments in person to the Supreme Tribunal of the Apostolic Signatura. Rome eventually reversed its position and upheld Wuerl’s decision.

While cases of suspected abuse since 2002 have been handled according to the USCCB’s “Essential Norms,” the Cipolla case served as an important template in the 1990’s, making it easier for other bishops to remove priests accused of abuse from active ministry.

Coming hard on the heels of the revelations about Archbishop McCarrick, who preceded Wuerl in Washington, D.C., the cardinal has found himself on the receiving end of very pointed and sustained criticism. Appearing on “CBS This Morning” ahead of the report’s release, he was pointedly asked if he had any intention of resigning. He is likely to face renewed scrutiny and even more difficult questions in the weeks ahead.