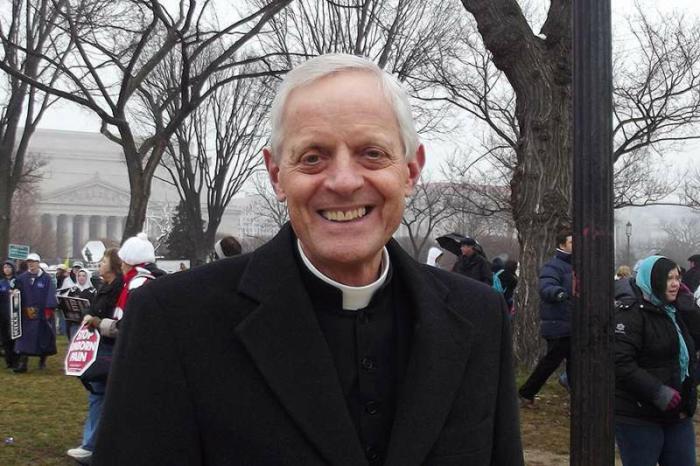 Washington D.C., Jul 28, 2018 CNA.- A letter sent this week to priests of the Archdiocese of Washington claims that Cardinal Donald Wuerl did not know until recently about settlements made by two New Jersey dioceses in response to allegations misconduct on the part of former cardinal Theodore McCarrick.

"Neither the Archdiocese of Washington nor Cardinal Wuerl knew about these confidential settlements until this most recent credible and substantiated allegation against Cardinal McCarrick was made public," said the July 25 letter, sent to Washington priests by archdiocesan vicar general Monsignor Charles Antonicelli.

"For clarity, the Archdiocese of Washington did not participate in, make any contributions to, nor was invovlved in any way with these settlement agreements," the letter added.

The settlements in questions were reached in 2005 and 2007 by the Diocese of Metuchen, the Archdiocese of Newark, and two men who claim they were sexually assualted by McCarrick while they were seminarians and young priests.

The first settlement took place while McCarrick was still Archbishop of Washington, and the second was reached after Wuerl had taken the helm of that archdiocese. Neither settlement, according to Antonicelli's letter, was reported to Wuerl.

The letter also said that the Vatican is "overseeing any further decisions," regarding McCarrick, and added that "our offices are aware only of the same information regarding these allegations that you are seeing in media reports...We know from past experience with failings of the Church, that this is not an issue that will simply fade away."

Wuerl, according to the letter, encouraged anyone with information regardin abuse of harrassement to "bring it forward as soon as possible so that it may be promptly and fully investigated."

Sources close to the Archdiocese of Washington have also told CNA that Wuerl was not informed of settlements until June, when a substantial and credible allegation of child sexual abuse against McCarrick was made public.

In recent weeks, McCarrick has faced several additional allegations of sexual abuse and misconduct, including charges that he pressured seminarians and priests into sexual relationships, and an another reported allegation that he had a serially sexually abusive relationship with a child.

On July 28, Pope Francis accepted McCarrick's resignation from the College of Cardinals, and consigned him to a period of prayer and penance until a canonical process regarding the investigations is concluded. McCarrick is 88.