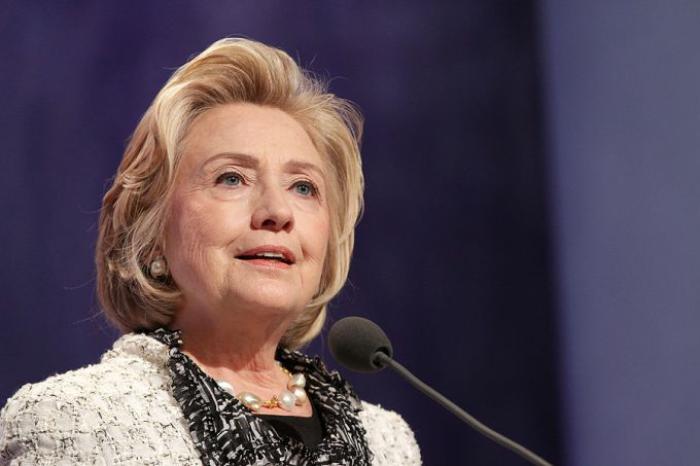 Washington D.C., Aug 17, 2016 CNA/EWTN News.- Presidential candidate Hillary Clinton has claimed to be a defender of religious freedom. But does it match the facts?

“Anyone who believes that a President Hillary Clinton will support the religious freedom of Catholic elementary and high schools, colleges, refugee services, adoption agencies, homes for the aged poor, or any other private organization, is making a mistake,” Farr told CNA. “Her own words suggest that even churches will not evade her understanding of the kind of ‘compelling government interest’ that she considers abortion and same-sex marriage to be.”

Clinton, the Democratic presidential nominee, addressed religious freedom in an exclusive editorial in the Utah newspaper The Deseret News.

“As Americans, we hold fast to the belief that everyone has the right to worship however he or she sees fit,” Clinton said in the Aug. 10 essay. “I’ve been fighting to defend religious freedom for years.”

“Americans don’t have to agree on everything. We never have,” she added. “But when it comes to religion, we strive to be accepting of everyone around us. That’s because we need each other.”

But Brian Burch, president of CatholicVote.org, charged that Clinton “favors extremist policies that would punish charities like the Little Sisters of the Poor along with thousands of similar Catholic-inspired charities.”

Clinton’s words come during a long legal fight against the Obama administration’s mandate that Catholic and other organizations provide employee health coverage of sterilization and contraception, including some drugs that can cause abortions. There are also continuing controversies over the freedom of adoption agencies, relief agencies and religious schools to have policies in line with their beliefs.

Both Burch and Farr noted Clinton’s use of the phrase “right to worship.”

“She publicly opposes the long understood definition of religious freedom by hiding behind the euphemism of ‘freedom of worship’,” Burch said. “What this means is she supports the freedom of Catholics to pray inside of our churches, at least for now. But once outside we must embrace the orthodoxy of secular anti-Catholic progressives.”

Farr, who directs the Religious Freedom Project at Georgetown’s Berkley Center, said that Clinton’s focus on the “right to worship” relegates religion to the private sphere “with no capacity to influence public matters.”

“Her use of the term, and its deeper meaning, are quite consistent with her attacks on churches and religious organizations that oppose the progressive agenda of abortion on demand and same-sex marriage,” he said. “Last year she told an international conference that religious groups who oppose abortion are going to have to change. Some commitment to religious freedom.”

Clinton’s editorial in the Utah newspaper has deeper significance in 2016. The state is a traditional Republican bastion and most of its residents are adherents of the Church of Jesus Christ of Latter-day Saints, colloquially known as Mormons.

However, Mormons’ lack of support for Republican presidential candidate Donald Trump may provide an opening for Clinton.

In her editorial, Clinton said when she was Secretary of State she made protection of religious minorities a “cornerstone” of foreign policy, including Coptic Christians in Egypt, Buddhists in Tibet and Chinese Christians.

“We stood up for these oppressed communities because Americans know that democracy ceases to exist when a leader or ruling faction can impose a particular faith on everyone else,” she said.

Farr, however, questioned this evaluation of U.S. foreign policy.

“Their approach was highly rhetorical and program-poor. Under her watch, the National Security Strategy’s discussion of fundamental American values virtually ignored religious freedom,” he said.

He pointed to the years-long vacancy in the Ambassador at Large for International Religious Freedom position, charging that it was ultimately filled by someone “without the qualifications to do the job.”

“While there are other reasons for State’s ineffectiveness under Secretary Clinton, one is quite clear: it is difficult to sell to others a product which you no longer understand, and in which you do not believe,” Farr said.