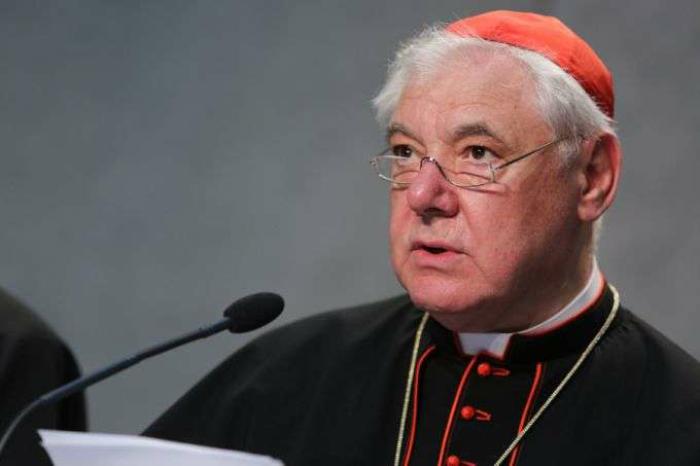 Vatican City, Jul 1, 2017 CNA/EWTN News.- The Vatican announced Saturday that as Cardinal Gerhard Muller’s term as prefect of the Congregation for the Doctrine of the Faith comes to an end, the Pope has not renewed it, but has appointed Jesuit Archbishop Luis Ladaria to take his place.

The decision was officially published in a July 1 communique from the Vatican, which stated the Holy Father’s thanks to Cardinal Muller for his term.

Pope Francis named Jesuit Luis Francisco Ladaria Ferrer, archbishop of Thibica, as his successor in the same duties. Archbishop Ladaria has been secretary, the second in command, of the Congregation for the Doctrine of the Faith since 2008.

The Vatican did not specify what Cardinal Muller will be doing next.

Muller was tapped to head the congregation, the most important dicastery in the Roman Curia, by Benedict XVI before his resignation in 2012.

Pope Francis renewed Muller's appointment to the CDF and to each of the commissions after his election, allowing the prelate to serve the entirety of his 5-year term in each, which ends July 2.

Muller is known to have been a conservative voice within the Curia, and, contrary to other German prelates, backed more traditional interpretations of Chapter 8 of Pope Francis' 2016 post-synodal apostolic exhortation, “Amoris Laetitia,” on the reception of communion for divorced and remarried couples, insisting that it does not breach Church teaching.

In addition to the announcement of Archbishop Ladaria as Muller's replacement, the only other appointment announced July 1 was Cardinal Giuseppe Betori, archbishop of Florence, as a member of the Congregation for the Causes of Saints.